Pedro Julio Serrano has been an advocate for people living with HIV/AIDS and for the lesbian, gay, bisexual and transgender (LGBT) community for more than a decade.

He lives in New York City and works as the communications manager of the National Gay and Lesbian Task Force, whose mission is to build the grassroots power of the LGBT community.

Serrano was the first openly HIV-positive and openly gay person to run for public office in Puerto Rico, where he was born and raised. 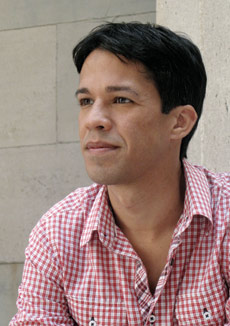 What is it like living with HIV?
I’ve lived for 17 years with HIV. Unfortunately, there is still a lot of stigma and discrimination associated with HIV. But I’ve learned that I am stronger than a tiny virus. It lives with me, but it doesn’t rule me.

HIV has given me unexpected strength (which I write as “hiv” because I want to take away all the power the virus has). I wouldn’t be doing all the human rights activism that I do if it weren’t for HIV. It made me take care of myself and others. It reminded me of how short life is and that we have to make it valuable.
More than two out of five Latinos who test HIV positive receive an AIDS diagnosis within one year. What are the barriers to getting Latinos tested for HIV sooner?
For some Latinos and Latinas, language is a barrier. When you cannot find a location to get tested where they speak your language, that is a problem. For others, their immigration status also is a barrier. For fear of persecution or prosecution, some Latinos do not get tested.
What advice do you have for people who are thinking about getting tested for HIV or who have just recently tested HIV positive?
Knowledge is power. Just knowing your HIV status will make you stronger. If you have just tested HIV positive, know that life goes on and that you can live a healthy, fulfilling life.