Daily step count, monitored by a personal activity tracker, was a predictor of both hospitalization and death among people with liver cirrhosis, according to study results published in Clinical Gastroenterology and Hepatology.

Daily step count has been linked to heart health, but its association with other conditions is unclear. Andrés Duarte-Rojo, MD, PhD, of the University of Pittsburgh School of Medicine, in Pennsylvania, and colleagues therefore studied the potential association between step count and outcomes in people with cirrhosis.

For their study, the researchers included 116 people with cirrhosis. The median age was 56 years, and 55% were men. Alcohol use (33%) and non-alcoholic steatohepatitis (30%) were the primary causes of cirrhosis in this group.

The researchers assessed results of a six-minute walk test and a gait speed test and calculated Liver Frailty Index scores for all participants. The Liver Frailty Index, a tool to measure physical function in people with liver disease, includes tests that evaluate grip strength, the ability to hold balancing positions and the time it takes to repeatedly stand up and sit down in a chair.

All participants received a FitBit personal activity tracker to quantify their daily step counts. Of the 1116 participants, 45 people used the Exercise and Liver Fitness app in addition to the FitBit. The researchers used daily step counts and frailty measures to predict rates of hospital admission and death in the study population.

Over a follow-up period of 223 days, 55% of participants were hospitalized and 15% passed away. People whose daily step count was below 1200 steps were more likely to be readmitted to a hospital and more likely to die. After adjusting for liver disease severity and app usage, those with the lowest step count had the highest rates of hospitalization and death.

Better scores on the gait speed and walk tests were also linked to lower rates of hospital admission and mortality. Further, people who added 500 steps to their daily count lowered their risk of hospitalization by 5% and their risk of death by 12%, irrespective of cirrhosis severity or app usage.

As a limitation of the study, the researchers acknowledged that people who are unable to use smartphones and those who cannot walk or exercise comfortably may not be able to use a FitBit. 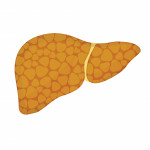 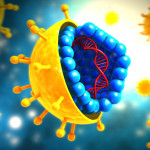 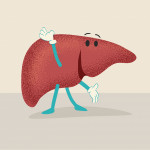