WHAT IS LUPUS?
This autoimmune disease is not contagious, but it is chronic, with symptoms ranging from mild to life-threatening. Lupus occurs when the immune system becomes overactive and produces a type of protein called autoantibodies that attack and destroy healthy tissue. This attack causes inflammation, pain and damage to various parts of the body.

There are several types of lupus. The most common is called systemic lupus erythematosus (SLE). The more severe forms affect major organ systems, such as the kidneys, lungs, nervous system, the brain and the heart. Another type is cutaneous lupus erythematosus; it causes skin rashes and lesions. Drug-induced lupus is a lupus-like condition caused by prescription drugs such as hydralazine (used to treat high blood pressure or hypertension), procainamide (used to treat irregular heart rhythms) and isoniazid (used to treat tuberculosis). It’s more common among men because they are prescribed these drugs more often. Finally, there is neonatal lupus, a rare form that appears in the infants of women with lupus; specifically, the mother’s antibodies affect the baby while in the womb. These children may develop skin rashes, liver problems or low blood cell counts. But after several months, these symptoms completely disappear, leaving no trace.

WHO GETS LUPUS?
Lupus often runs in families, but the condition can also develop in people who have no family history of the illness. The condition affects mostly women, ages 15 to 44, but men, teens and young children can also get lupus.

Among population groups, the chances of getting lupus are higher for African Americans. Black women are three times more likely than Caucasian women to have lupus. In addition, African-American women develop more severe symptoms of the condition.

Asian-American and Latina women are two times more likely to develop the illness than Caucasian women. Women of Pacific Island descent as well as Native-American and Native-Hawaiian women are also disproportionately affected.

WHAT ARE THE SYMPTOMS OF LUPUS?
Lupus symptoms wax and wane, and different signs can appear as the disease progresses. The most common symptoms of lupus are the same for females and males. They include:

It’s difficult to diagnose lupus because many of these symptoms occur with other illnesses, such rheumatoid arthritis, blood disorders, fibromyalgia, diabetes, thyroid problems, Lyme disease and a variety of heart, lung, muscle and bone diseases.

ETHNIC DIFFERENCES FOR LUPUS
A famous multi-ethnic, multi-regional and multi-institutional study about lupus, called the LUMINA study (started in 1993), found that genetic and ethnic factors influenced the disease’s activity more than socioeconomic factors did. The study also showed that certain population groups tended to have different lupus experiences:

WHAT ARE THE TESTS FOR LUPUS?
Current lupus testing includes routine blood tests, urine tests, antibody (a protein found in blood or body fluid) tests, blood clotting time tests and tissue biopsies involving the removal of a small bit of body tissue that the doctor examines under a microscope.

WHAT ARE THE TREATMENT OPTIONS FOR LUPUS?
Although there is currently no cure for lupus, doctors can tailor treatments, including medications, to individual patients. Depending on whether a patient’s lupus is mild or severe, meds can range from acetaminophen or nonsteroidal anti-inflammatories (NSAIDs)-or corticosteroids if NSAIDs don’t work well-for fever and mild joint or muscle pains; antimalarial medicines for skin rashes, fatigue and joint or muscle pains; and immune system meds (for more severe lupus cases).

In addition, lifestyle changes can help treat lupus. Regular exercise; lupus education and self-care; smoking cessation; a healthy, balanced diet; and a support system of family, friends and health professionals are key to controlling the frequency and severity of lupus symptom flare-ups.

Selena Gomez Discloses She Has Lupus 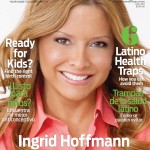 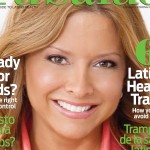