According to a report published in PLoS Medicine, HIV/AIDS, TB and malaria received 80 percent of $2.5 billion spent globally in 2007 on research and developing drugs for tropical diseases in developing countries, Reuters reports.

Although diseases such as malaria accumulate more than 200 million cases a year, which result in up to a million deaths, better treatments are desperately needed for other illnesses to improve overall health, said researchers from The George Institute in Australia.

Case in point: diarrhoeal illnesses killed 1.8 million people around the world in 2005 but collectively received only 4.5 percent of the total global funding, according to the report. In contrast, malaria received 18.3 percent.

While the need for funding to battle tropical diseases is apparent, the lack of information for funders wishing to invest in this area remains problematic. “Investment decisions are not only influenced by scientific or epidemiological considerations,” the researchers wrote, “but may also be influenced by factors such as the presence of advocacy, fund-raising groups and funder perceptions or preferences.” 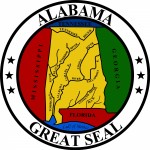 Obama’s State of the Union: ’We’re on Track to End HIV/AIDS’