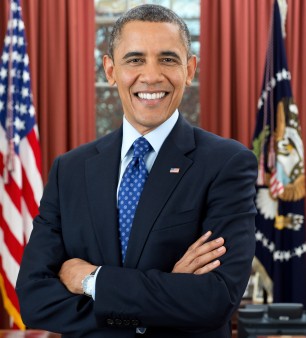 Obama’s State of the Union: ’We’re on Track to End HIV/AIDS’


Watch President Obama deliver his final State of the Union address on January 12, 2016.

“When we help African countries feed their people and care for the sick, it’s the right thing to do, and it prevents the next pandemic from reaching our shores,” President Obama said during his January 12 State of the Union address. “Right now, we’re on track to end the scourge of HIV/AIDS. That’s within our grasp. And we have the chance to accomplish the same thing with malaria—something I’ll be pushing this Congress to fund this year.”

The entire text and video of the speech, as delivered, is available on WhiteHouse.gov, which includes additional charts, infographics and links.

As The New York Times points out, this was Obama’s last State of the Union, and he spent time acknowledging Americans’ fears and frustrations as well as comparing his assessments with the Republican viewpoint.

At the very beginning of the speech, Obama went off message and mentioned the epidemic of injection drug use, which made national headlines last year via an outbreak of HIV and hepatitis C in rural Indiana. The President said: “I hope we can work together this year on some bipartisan priorities like criminal justice reform and helping people who are battling prescription drug abuse and heroin abuse. So, who knows, we might surprise the cynics again.”

When Obama listed proposals for the year ahead, he included topics like immigration, gun violence and minimum wage, but also added “personalizing medical treatments for patients.” An infographic on the White House website calls this as “the precision medicine initiative” and describes it, in part, as:

The future of precision medicine will enable health care providers to tailor treatment and prevention strategies to people’s unique characteristics, including their genome sequence, microbiome composition, health history, lifestyle, and diet.… Success will require that health data is portable, that it can be easily shared between providers, researchers, and most importantly, patients and research participants.

Cancer was another health care topic that Obama raised in the address. He announced a new national effort to cure cancer and said that Vice President Joe Biden would be “in Mission Control” of that venture. Biden lost a son to the disease last year.

For an LGBT-centric take on Obama’s State of the Union, watch Matt Baume’s video here, which includes an interesting take on why the United States didn’t have a National HIV/AIDS Strategy until 2010.

For a fun, GIF-filled and opinionated summary of the speech, visit New York Magazine’s “What You Missed in the 2016 State of the Union Address.”

And below is a short video on precision medicine that the White House linked to in the text of Obama’s speech.