It’s well-known that drinking lots of soda can contribute to obesity and diabetes. Now a new study published in the Journal of Hepatology has found that drinking just one sugar-sweetened beverage a day may also increase the risk for non-alcoholic fatty liver disease (NAFLD), Medical News Today reports.

NAFLD is a hepatic condition characterized by the accumulation of fat in the liver cells, which currently affects nearly 25 percent of all Americans. It is often symptomless, but puts people at a greater risk for developing type 2 diabetes and cardiovascular disease. NAFLD regularly affects those who are overweight or obese.

For the study, researchers from the USDA Human Nutrition Research Center on Aging (HNRCA) at Tufts University analyzed 2,634 self-reported diet questionnaires from mostly white middle-age men and women. Participants then underwent a CT scan to measure the amount of fat in their livers, and many were subsequently diagnosed with NAFLD—a condition that has no cure.

After accounting for several compounding factors, such as age, sex, body mass index and average calorie intake, researchers noticed a persistently higher prevalence of NAFLD among people who reported drinking at least one sugary beverage a day, compared to those who said they drank no sugar-sweetened drinks.

Interestingly, the scientists found no association between diet cola and NAFLD. They believed that fructose, the sugar most commonly found in sweetened drinks, was most likely to blame for the correlation, because of the unique way our bodies process it compared to other sweeteners. 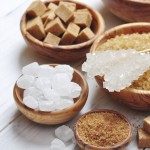