Although doctors often focus on the connection between obesity and diabetes, here’s some good news: You might not have to lose weight to lower your risk of developing this metabolic disorder, according to a study published in the American Journal of Clinical Nutrition and reported by HealthDay News.

Scientists noted that at the end of eight weeks, people in the group who ate the least fat significantly increased their insulin secretion and glucose tolerance and had higher insulin sensitivity. (Black participants experienced the most improvements.) What’s more, all study participants lowered their risk of diabetes, regardless of whether they lost weight.

“People find it hard to lose weight,” said Barbara Gower, PhD, a nutrition sciences professor at the University of Alabama at Birmingham, and lead study author. “What is important about our study is that the results suggest that attention to diet quality, not quantity [of weight lost], can make a difference in risk for type 2 diabetes.”

Researchers concluded that limiting daily fat intake to 27 percent of a person’s diet—a small, manageable change—can lower diabetes risk over the long term. What does that mean for folks concerned about staying one step ahead of this illness? Instead of tackling an ambitious weight-loss program, people should start by simply eating less fat.

And after you cut back on fatty foods, try making some dietary additions. Did you know that eating certain veggies may also lower your risk of diabetes? Click here to learn more. 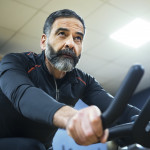