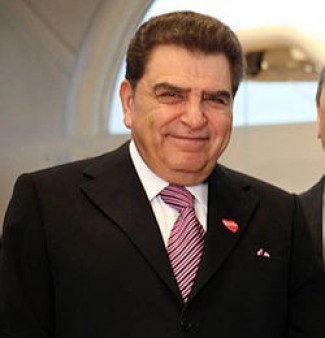 Don Francisco, host of the iconic Sabado Gigante (Giant Saturday) television variety show on Univision, decided in 2013 to take a brief step away from the bevy of beauties and kitsch comedies to help bring more diabetes education to the U.S. Latino community. Born as Mario Luis Kreutzberger Blumenfeld, the 73-year-old Chilean is living with type 2 diabetes. He has become the face of a new campaign that uses his program as a platform for millions of viewers across the country every Saturday night to tighten their focus on the disease, as well as the healthy eating and fitness that can help prevent it.

The campaign, made possible by a collaboration between Univision Communications and Boehringer Ingelheim (BI) Pharmaceuticals, is a two-pronged approach to improving Latino total health. First, BI has taken the reins as the exclusive sponsor of Sabado Gigante’s “Ritmo Dieta” (“Diet Rhythm”) segment, the highly popular, family-friendly dance competition in which contestants show off their best moves in an effort to lose weight and enjoy a healthier life. Last season, the competition featured someone with type 2 diabetes. Second, the two companies have worked together to produce three short videos that highlight both diabetes and weight management among Latinos. Users can watch them on Univision’s website via a computer or mobile devices.

The show does have a long record of achievement. According to the Guinness World Records, Sabado Gigante is the longest running TV variety show on the planet.

Click here to read a digital edition of this issue.