Cardinal Tarcisio Bertone, the Vatican’s number two official and secretary of state, has called for universal, free access to HIV medications in Africa and for more investments into finding a cure for the virus, The Associated Press (AP) reports. The cardinal spoke on behalf of Pope Benedict XVI at the 8th International Drug Resource Enhancement against AIDS and Malnutrition Conference in Rome, according to Rome Reports. He said that an entire generation cannot be lost to the AIDS epidemic and that the church will continue its work in providing education, food, medicine and care to people with HIV. He made no reference to condoms or the Vatican’s traditional position that abstinence from sex before marriage and fidelity are the best way to prevent HIV. 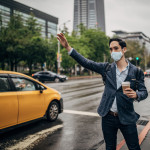