Screening of “Keep the Cameras Rolling: The Pedro Zamora Way” 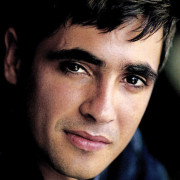 Admission is available as a $16 single ticket or $25 VIP Premium Ticket, which includes premium status an hour before the show, access to our fully furnished lounge to network and relax before the show, complementary crafted beverages, appetizers, and photo opportunities in the lounge.

To borrow the slogan of MTV’s The Real World, this is the true story—the true story of a pandemic; politics; misunderstanding and prejudice; the impact of the media; and, most importantly, AIDS activist Pedro Zamora.

When Pedro Zamora first appeared on The Real World: San Francisco in 1994, it was the first time many U.S. television viewers felt they were getting to know someone with HIV/AIDS. But Pedro represented much more than a diagnosis: The 22-year-old was a leader and educator in his community, a Cuban American with strong family ties, a soon-to-be husband, and one of the most sparkling personalities ever to appear on MTV. Keep the Cameras Rolling: The Pedro Zamora Way features clips from his groundbreaking time on the trailblazing reality show, home movies, and interviews with both those closest to him and those on the outside who were deeply moved by his resiliency—his sister Mily Zamora, Real World roommates Judd Winick and Pam Ling, Dr. Anthony Fauci, and President Bill Clinton among them. This heartbreaking yet rousing documentary is also a loving tribute to the young man whose life, along with millions of others, was tragically cut short by a raging pandemic… but who managed to leave a mark on the world that won’t soon be forgotten.