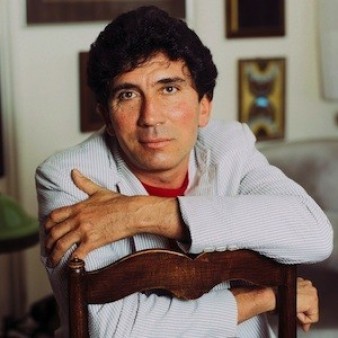 
“Mine is not an obedient writing. I think that literature as any art has to be irreverent.”
-Reinaldo Arenas

Reinaldo Arenas is an official honoree today for LGBT History Month 2013, which this year has several HIV-positive honorees.

Reinaldo Arenas was a gay Cuban poet, novelist and playwright, whose writing often brought him into conflict with the Communist government. His fictional and nonfictional works discuss the “secret history” of post-revolutionary Cuba, modern colonial dissent, LGBT identity, criticisms of the Catholic Church and other controversial topics.

Despite his short life and on-and-off imprisonment for his views, the author managed to produce a significant body of work, which has received numerous international awards and literary acclaim since his death.

In 1970, the Cuban government labeled Arenas as a “social misfit” and sentenced him to work at a labor camp cutting sugar cane, from where he began to publish his work abroad. In 1974, he was imprisoned as a “counterrevolutionary” for doing so, and survived in jail by helping fellow inmates write letters to wives and lovers, while continuing to smuggle his writing to an international audience. He was released from prison in 1976. In 1980, the author fled from Cuba to the United States, where he continued to write freely until his death.

Arenas committed suicide in 1990 after a long battle with HIV/AIDS. At the time of his death, the writer had five novels under contract as well as a recently finished autobiography, Before Night Falls, which became a New York Times bestseller in 1993 and was adapted into an Academy Award nominated film in 2000.

Go to lgbthistorymonth.com for more about Arenas and the other honorees.