Ask Me, Tell Me in Spanish 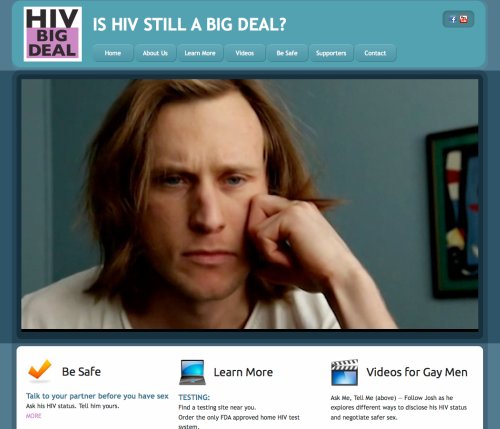 Public Health Solutions (PHS) launched its first video in its "HIV Big Deal“ series of prevention videos in 2006. ”The Morning After" tells the story of Josh, a gay man who believes he needs to get an HIV test.

A study by the nonprofit PHS showed that the video had an impact on behavior among at-risk men who have sex with men. As a result, PHS launched the second video in 2008. “The Test” follows Josh on his HIV test journey.

Then in 2011 PHS launched the third video. “Ask Me, Tell Me” follows Josh as he wrestles with issues of disclosure and safer sex. At the time, they had launched a Spanish-language excerpt. At last, here is a full-length Spanish-language translation.

(For full disclosure, I participated in the development of the “Ask Me, Tell Me” videos.)