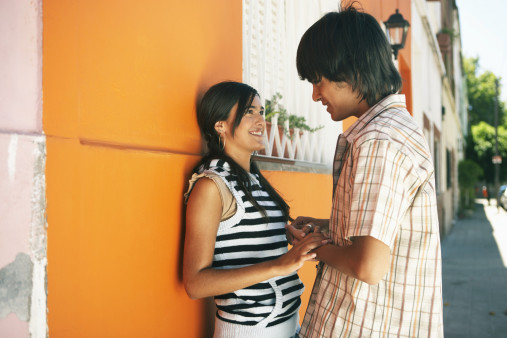 Sexual Health for People Under 30

Young adulthood is a prime time for individuals to experience personal growth and build a solid foundation for good sexual health.

During the years between adolescence and young adulthood, many of us explore our sexuality and indulge in sexual experimentation. This is usually an exciting time during which people learn who they are sexually and as individuals. However, these discoveries must be balanced by practical considerations about our sexual and reproductive health as well as caution when making decisions that can affect our future.

According to the Centers for Disease Control and Prevention (CDC), rates of sexually transmitted diseases (STDs) are particularly high in young people ages 15 to 24. In 2018, the CDC reported that almost half of the 26 million new sexually transmitted infections (STIs) in the United States occurred among individuals in this age group.

Although sometimes the two terms are used interchangeably, STDs and STIs are technically different. Many experts define STDs as diseases that begin as an STI caused by bacteria, viruses or parasites, such as pubic lice. For example, human papillomavirus (HPV) begins as a sexually transmitted infection caused by a virus transmitted through an exchange of bodily fluids or skin-to-skin contact. But if this infection goes untreated, it can result in cervical cancer, a sexually transmitted disease.

The U.S. Preventive Services Task Force (USPSTF) recently encouraged doctors to screen all sexually active women ages 24 and younger for the STIs chlamydia and gonorrhea. In addition, the USPSTF recommended that physicians test sexually active women ages 25 and older, who are at increased risk for the two STIs. (Evidence to support screening men for the two infections was insufficient regardless of their age and sexual history.)

The task force also recommended screening for sexually active women and pregnant individuals ages 25 and older who have risk factors, such as inconsistent use of condoms in nonmonogamous relationships, multiple sex partners or a previous or current sexually transmitted infection.

But STIs and STDs are not the only threats to good sexual health that adolescents and young adults must recognize. Sexual health also involves reciprocal and respectful approaches to  sexuality and sexual relationships. This means that individuals have the right to “pleasurable and safe sexual experiences free of coercion, discrimination and violence,” as stated by the World Health Organization (WHO).

Therefore, according to the WHO, young men and women must be able to access comprehensive, quality information about sex and sexuality as well as access sexual health care; know the risks of having sex; and live in an environment that affirms and promotes sexual health.