Faster recovery is a common reason women with breast cancer forgo reconstructive surgery after a mastectomy.

New findings from a survey of breast cancer survivors reveal that most women who choose to “go flat” rather than undergo breast reconstruction following a mastectomy were satisfied with their choice, although many reported getting little to no support from their doctors, according to the University of California, Los Angeles (UCLA) Health.

The study was published in the Journal Annals of Surgical Oncology.

For the survey, UCLA researchers asked 931 women who had a mastectomy without undergoing breast reconstruction to assess the motivating factors for forgoing the procedure. The researchers also measured whether surgeons provided them with sufficient information and support for going flat.

Researchers found that most women opted for no reconstruction because of a desire for faster recovery, avoidance of a foreign body placement and the belief that reconstruction wasn’t necessary for their body image.

A majority of women (74%) were satisfied with their decision, but more than a quarter  of those surveyed weren’t happy with the appearance of their chest wall, which is the skin, fat, muscles, bones and other tissues that form a protective structure around the vital organs in the area between the neck and abdomen.

Getting support from their medical team for the decision factored into their level of satisfaction. Nearly a quarter (22%) said they experienced “flat denial,” where surgeons did not initially offer the procedure, didn’t support the patient’s decision or intentionally left additional skin in case the patient changed her mind. Women who experienced this kind of resistance tended to be less satisfied with their decision, the study found.

According to senior author Deanna Attai, MD, an assistant clinical professor of surgery at the David Geffen School of Medicine at UCLA, whether or not to have reconstruction after undergoing a mastectomy is a very personal choice. Women who choose to go flat should be supported by their treatment team and not treated as if they aren’t concerned about their post-surgery appearance.

“We hope that the results of this study will serve to inform general and breast surgeons that going flat is a valid option for patients and one that needs to be offered as an option,” Attai concluded. “We also hope the results may help inform patients that going flat is an option and to empower them to seek out surgeons who offer this option and respect their decision.”

Women’s health journalist Catherine Guthrie, a breast cancer survivor and advocate and the author of the memoir FLAT: Reclaiming My Body From Breast Cancer, applauded the publication of the new research. “This study is an important first strike at dismantling the (often unconscious) patterns of paternalism and misogyny that have festered—unseen and unexamined—in breast cancer care for decades,” she told Cancer Health. “To have oncological surgeons recognize the importance of hearing and honoring women’s choices has given me new hope.”

For related coverage, read “Post-Mastectomy Choices” and “Reconstruction Options & Me.” 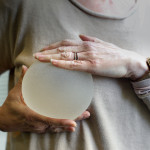 FDA Aims to Modernize and Improve Quality of Mammography Services