The United States of Melanoma

If you live in any of these states, you’ll need more sun protection.

If you live in Hawaii, grab that SPF 50 sunscreen—and a hat—before leaving the house. So concludes a new study that identified the states with the highest and lowest rates of melanoma due to UV exposure.

The sun’s ultraviolet (UV) rays account for 91% of melanoma cases in the United States, report the authors of the study, published in the International Journal of Cancer, according to an American Cancer Society press release. For their investigation, they estimated the number, proportion and incidence rates of malignant melanomas attributable to UV radiation in each state by calculating the difference between observed melanomas between 2011 to 2015 and a baseline of expected cases.

Because 94.3% of UV-attributable cases occurred in non-Hispanic whites, the study authors focused on that group; otherwise, a lower melanoma burden in some states could largely reflect higher proportions of nonwhites in the population. (Although melanoma incidence rates are lowest among Blacks followed by other minorities, people of color can still get skin cancer.) 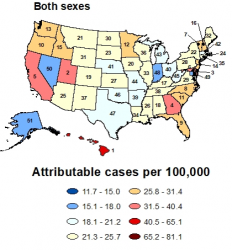 Researchers found that UV-attributable melanoma rates were also high in some states with a relatively low UV index, such as Minnesota and Idaho, which led them to conclude that these states had a higher prevalence of outdoor activities and insufficient sun protection. In addition, rates were much higher in younger females than males, which investigators attributed to high indoor tanning among teen girls in the late 1990s.

So what can you do? Practice “Smarter Sun Protection.” That means boosting your sun protection factor (SPF), using sunscreen correctly (applying large enough amounts and often), covering up with clothes when possible and staying inside during the sun’s peak hours (10 a.m. to 2 p.m.).

Smoking Linked to More Types of Diseases Than Previously Reported 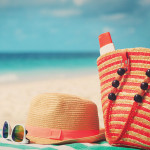