Since 1987, people across the globe have observed World AIDS Day each December 1. This year will be no different, despite the COVID-19 pandemic. In fact, because of shutdowns and social distancing requirements, many organizations have learned to host business events virtually. The upshot is that many World AIDS Day events this year will be streamlined and available digitally—which means more people can participate than ever before.

Check with your local AIDS service organizations for nearby fundraisers, presentations, memorials, HIV testing venues and other goings-on. Below, we round up a sampling of the events taking place December 1. Although events are free (except where noted), many require an RSVP. 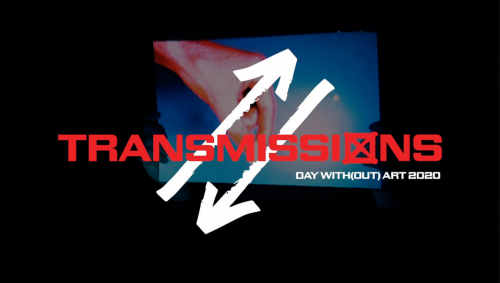 An image from the 2020 Day With(out) Art programCourtesy of visualaids.org 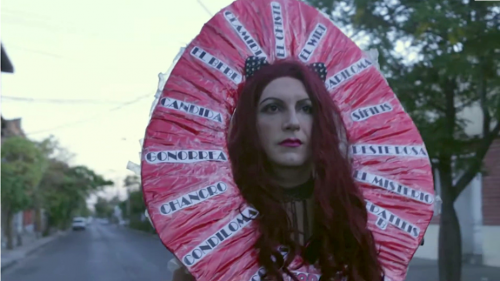 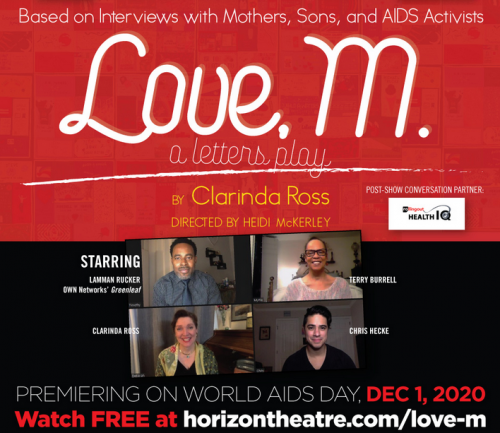 Love, M: This theatrical virtual premiere tells “a powerful story about mothers, sons and AIDS activists during the early days of the AIDS Crisis,” according to BroadwayWorld.com. Starring Lamman Rucker and Broadway’s Terry Burrell, the show is a production of Atlanta-based Horizon Theatre, the Black Leadership AIDS Crisis Coalition and AIDS Healthcare Foundation. It premieres at 7 p.m. ET and is followed by a community conversation. For more details, see HorizonTheatre.com. 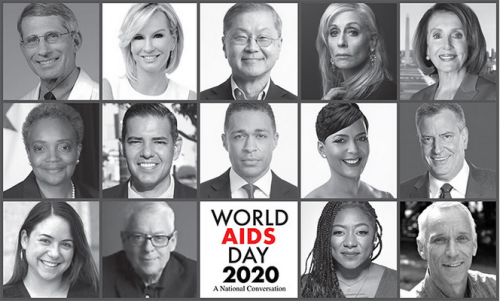 A roster of speakers for ”World AIDS Day 2020: A National Conversation”Courtesy of aidsmemorial.org 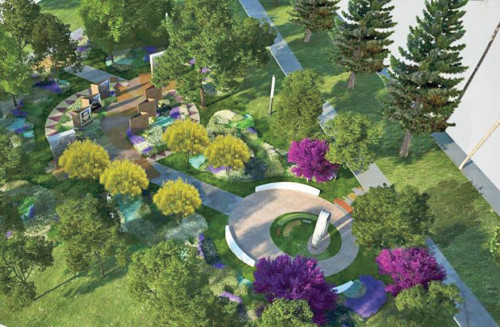 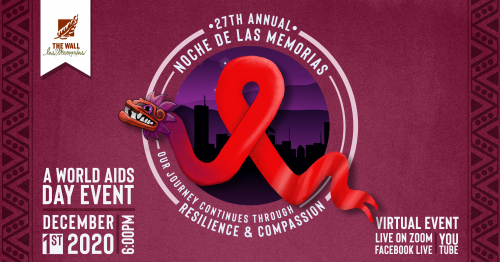 The 27th Annual Noche de Las Memorias: Each year, the Wall Las Memorias AIDS Monument in Lincoln Park in Los Angeles honors those lost to the epidemic with an evening program in the park. Starting at 6 p.m. PT, the 2020 commemoration will include all the music and celebrities (Wilson Cruz, Justina Machado) of past events, but this year, anyone will be able to watch it live on Zoom, Facebook and YouTube. Spanish translations are available. For more info and to register, visit TheWallLasMemorias.org.

Meet the Scientists: Each year, amfAR, The Foundation for AIDS Research funds numerous researchers doing vital cure-related work and hosts a public event during which several of these scientists discuss their fascinating work. This year’s Meet the Scientists event takes place from 8 p.m. to 9 p.m., Thursday, December 3. Listen as Timothy Shacker, MD, Jerome A. Zack, PhD, and Rowena Johnston, PhD, talk about the role of natural killer cells in reducing the HIV reservoir and leading to potential cure research. RSVP at amfAR.org.

Doin’ My Drugs: This film tells the true story of Danish pop star Thomas Buttenschøn, who was born HIV positive in 1985 in Zambia and lost both parents to AIDS and  is now on a crusade to use music to end AIDS in his homeland and beyond. The film is produced by HIV advocate Jake Glaser of the Elizabeth Glaser Pediatric AIDS Foundation. Alas, the movie isn’t free to watch, but it will be available on numerous streaming platforms, including DirecTV, IN DEMAND (Spectrum, Comcast), Swank (colleges, hospitals), Amazon, iTunes, Vudu, Xbox, Google Play, YouTube Movies and FandangoNOW.

Red, Hot + Blue: In 1990, an album of Cole Porter covers by megastars such as U2 and Annie Lennox was released to raise HIV funds and awareness. The Red Hot + Blue album was a smash hit that spawned several other HIV-fundraising albums plus a 90-minute TV program that aired in 30 countries. The show was hosted by Richard Gere and included performances and public service announcements by Neneh Cherry, David Byrne, Erasure, Iggy Pop, Debbie Harry and others. Honoring World AIDS Day and marking the 30th anniversary of Red Hot + Blue, both the album and TV special have been remastered. To get a teaser, you can watch the original version of the show above. Visit RedHot.org for details about other releases—and a line of charitable merchandise created with the New York City AIDS Memorial and artists David Wojnarowicz and Jenny Holzer.