Teenagers who promise to remain virgins until marriage are just as likely to have premarital sex as those who do not and are less likely to use condoms and other forms of birth control when they have sex, The Washington Post reports.

According to the article, a recent federal survey found that 82 percent of abstinence pledgers had retracted their promises. The survey compared pledgers with peers who held similar conservative beliefs but did not take a pledge. It found no significant difference in both groups regarding the percentage who had engaged in sexual activity. More than half of both groups had practiced several types of sexual activity, had an average of three sexual partners and had lost their virginity by age 21 even if they were unwed.

There was no difference in the rate of sexually transmitted infections in the groups, but the percentage of pledgers who reported condom use was 10 points lower and they were less likely to use birth control by 6 percent.

“It seems that pledgers aren’t really internalizing the pledge,” said Janet E. Rosenbaum of John Hopkins Bloomberg School of Public Health, whose report was published in the January issue of the journal Pediatrics. “Participating in a program doesn’t appear to be motivating them to change their behavior. It seems like abstinence has to come from an individual conviction rather than participating in a program.”

The Post reports that these findings are sparking new debate over the efficacy of abstinence-based sexual education in schools as Congress and the incoming Obama administration prepare to rethink the more than $176 million in annual federal funding for such programs. 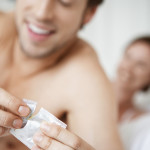 Hairdressers of Color Exposed to Harmful Mix of Chemicals