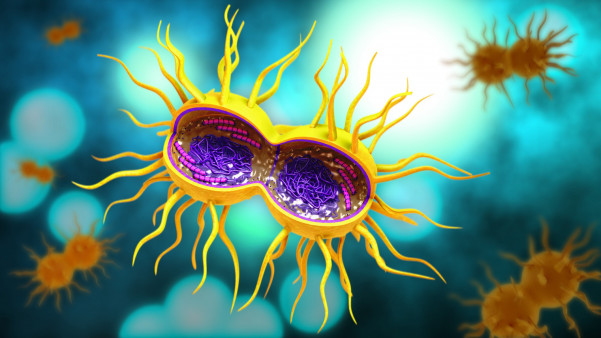 Doxycycline post-exposure prophylaxis within three days after sex lowered the risk of gonorrhea, chlamydia and syphilis.

Gay men and transgender women living with HIV or on pre-exposure prophylaxis (PrEP) who took the antibiotic doxycycline within 72 hours after sex had a significantly lower risk of gonorrhea, chlamydia and syphilis, according to a study presented at the 24th International AIDS Conference in Montreal.

“This isn’t meant for everyone,” she said at an AIDS 2022 media briefing. “But there are populations that are really suffering from the STI epidemic, and it’s time to take action on the data and really think about incorporating it into guidelines and rolling this out in in a safe and thoughtful way.”

“Both #UequalsU and #PrEP have changed things… condomless sex is happening and we need to make it safer.”@aidsmap writer @LizHighleyman spoke with Professors Annie Luetkemeyer and Connie Celum about #DoxyPEP to prevent STIs.pic.twitter.com/j6Z0QS6u8C

PrEP dramatically reduces the likelihood of HIV acquisition, but dispensing with condoms leaves people at risk for other sexually transmitted infections (STIs). Guidelines recommend that people using PrEP should be screened for bacterial STIs every three months—which allows for prompt treatment—but it would be better to prevent them in the first place. Previously, the French IPERGAY trial, which evaluated on-demand PrEP, provided preliminary evidence that doxycycline post-exposure prophylaxis (PEP) reduces STI incidence.

“These are the kinds of innovations clinicians, patients and communities desperately need to help fight the epidemic of STIs in the United States,” David Harvey, executive director of the National Coalition of STD Directors (NCSD), said in a statement. “Our takeaway from the DoxyPEP study is that we are shifting toward a future where symptomatic infection and community spread could be totally unnecessary for some of our highest risk neighbors and patients.”

The DoxyPEP trial recruited more than 500 men and transgender women who have sex with men at public health clinics in San Francisco and Seattle. Of these, 4% identified as trans women or “gender diverse.” About a third (174) were living with HIV and 327 were taking PrEP. The median age was 38 years, 67% were white, 30% were Latino, 11% were Asian/Pacific Islander and 8% were Black.

The study population was at high risk for recurrent STIs. They had been diagnosed with an STI during the past year (69% with gonorrhea, 58% with chlamydia, 20% with syphilis), they reported a median of nine sex partners during the past three months and about 60% reported recent substance use.

The participants were randomly assigned in a 2-to-1 ratio to receive a single 200-milligram dose of oral doxycycline PEP within 72 hours after condomless sex (not to exceed one dose in a 24-hour period) or the standard of care, which is regular testing and treatment after diagnosis. They were tested for gonorrhea, chlamydia and syphilis every three months.

The study was scheduled to run until May 2023, but it was halted a year early after an interim analysis showed that doxycycline PEP significantly reduces STI incidence.

In both groups, doxycycline PEP was safe and well tolerated, and adherence was high. The participants reported a median of about seven sex acts per month, of which 87% were covered by doxycycline. More than half (54%) reported taking fewer than 10 doses per month, 30% took 10 to 20 doses and 16% took more than 20 doses.

Most participants (88%) said using doxycycline after sex was acceptable, and only 1.5% discontinued due to intolerance or personal preference. No severe adverse events or serious laboratory abnormalities were reported.

A major concern with doxycycline PEP is that overuse of antibiotics can lead to drug resistance. Gonorrhea is already resistant to most medications previously used to treat it. Among the subset of gonorrhea samples tested in this study, about 20% showed resistance to tetracycline (a related drug) at baseline, similar to the level in the U.S. population, but this rose over time in the doxycycline PEP group.

Doxycycline is not typically used to treat gonorrhea or syphilis, meaning people who do develop resistance have other treatment options. What’s more, a lower daily dose of doxycycline is used for weeks or months to prevent malaria in travelers, and this has not promoted resistance.

Another potential concern is whether frequent antibiotic use will disrupt the microbiome, the ecosystem of healthy bacteria that normally live in the gut, the vagina and elsewhere in the body. Resistance and microbiome analyses are ongoing.

However, Leutkemeyer noted, people in the control group acquired STIs so often that they spent a substantial portion of time on doxycycline treatment anyway. Using doxycycline as PEP instead of treatment prevents symptoms, reduces suffering and decreases the amount of time people can transmit the STIs. In fact, some people took doxycycline often enough—nearly every day, if they had sex frequently—that it was probably working as STI PrEP, she said.

Equitable access to doxycycline PEP could be an issue. Some gay men are already using it before its approval for this indication, but advocates wonder whether it will reach everyone who needs it. A decade after its approval, Black and Latino men who have sex with men and cisgender women still are not using PrEP as much as white gay men—and the disparity is increasing. Inexpensive generic versions of doxycycline are widely available, but the cost could add up if people take it frequently.

Cisgender women and transgender men may also benefit from doxycycline PEP, but it has not yet been studied in these groups. DoxyPEP investigator Connie Celum, MD, MPH, of the University of Washington said that a study of cisgender women in Kenya is underway and should have results next year.

NCSD is working to update STI programs about the DoxyPEP results and plans to advise the Centers for Disease Control and Prevention (CDC) about on-the-ground implications.

“We urge the CDC to immediately get this research into the hands of clinicians and update treatment guidelines so patients don’t have to wait for best-in-class care,” Harvey said.

In a statement responding to the study results, the CDC said it is “encouraged” by the initial data.

“Further review of the data presented, and potentially additional analyses, will be needed to develop clinical guidance on the safe and effective use of this strategy for bacterial STI prevention among gay and bisexual men and transgender women. It will be critical to provide guidance that will maximize effectiveness for STI prevention, while minimizing both individual and potential public health risks,” the agency stated. “We must move quickly to implement powerful STI prevention strategies. And it is our public health imperative to develop responsible guidance based on a careful consideration of all available data and public health risks and benefits—we cannot take short cuts when it comes to people’s health.”

Doxycycline PEP adds a new tool to the safer sex toolkit, but—as happened with HIV prevention pills—some worry that it could encourage people to have more condomless sex.

“When PrEP came out, we saw a lot of shame and stigma—why not just use a condom?—but we need multiple tools. I hope this won’t come with the shame and blame that came with the first round of PrEP,” Leutkemeyer said.

“The [DoxyPEP] data substantiate the harm reduction practices that many of us on PrEP have already adapted,” Damon Jacobs, a long-time advocate who started the PrEP Facts Facebook group, told POZ. “We have the right, and the ability, to enjoy sexual pleasure and minimize risk at the same time.”