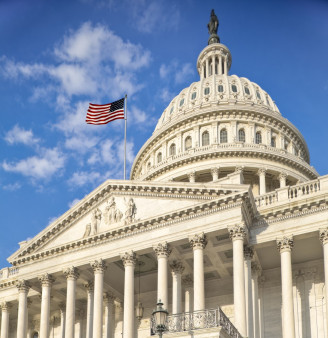 On May 22, the House of Representatives passed a final version of a controversial Right to Try (RTT) bill that aims to broaden access to experimental drugs with less oversight from the Food and Drug Administration (FDA).

After the House first failed and a week later succeeded in passing its own version of RTT legislation in March, the chamber voted 250-169 last week to adopt a version previously passed by the Senate last August. President Donald Trump praised the passage of the bill—which he has repeatedly promoted—and said he will sign it this week.

The RTT legislation is intended to make it easier for people with life-threatening illnesses to use certain promising experimental therapies before they complete the clinical trials process and receive FDA approval. The bill will allow patients to try investigational drugs that are currently undergoing trials and have passed Phase I, meaning they don’t raise major safety concerns but there is not yet adequate evidence that they work.

Under existing rules, individuals with serious conditions may ask the FDA for expanded access to an investigational drug—also known as compassionate use—if they have exhausted existing treatment options, the probable risk from the experimental drug does not exceed the risk from the disease itself and they are unable to participate in clinical trials.

The House bill passed in March would have limited the RTT process to patients expected to die within months, but the Senate language adopted last week is broader, covering anyone with a life-threatening disease. The final bill requires pharmaceutical companies to report to the FDA any serious adverse events that occur under expanded access.

Opponents of the bill say the FDA already approves more than 99 percent of expanded access requests. In congressional testimony last fall, FDA commissioner Scott Gottlieb, MD, explained that, “Emergency requests for individual patients are usually granted immediately over the phone and nonemergency requests are generally processed within a few days.” Supporters counter that the current process is still too cumbersome, resulting in fewer than 2,000 requests for expanded access in 2017.

Following last week’s passage, Gottlieb tweeted that he was ready to implement the bill.

When the House passes #RightToTry legislation I stand ready to implement it in a way that achieves Congress’ intent to promote access and protect patients; and build on #FDA’s longstanding commitment to these important goals #RTT

Patient advocates came down on both sides of the issue. Some seriously ill patients and parents of sick children appeared in the media and lobbied legislators to pass the law, in the hope of gaining access to desperately needed treatments. Other advocates expressed strong opposition to reducing FDA oversight, saying RTT legislation offers false hope.

The American Society of Clinical Oncology (ASCO), the National Comprehensive Cancer Network and the Treatment Action Group were among more than 100 medical associations and patient advocacy organizations that signed a letter sent to House leaders in March opposing the bill. The American Cancer Society Action Network and others warned that RTT legislation “would likely do more harm than good.”

Forty states already have RTT laws, largely based on model legislation crafted by the libertarian Goldwater Institute, but these generally have not led to broader access.

Typically, it is pharmaceutical companies—not the FDA—that stand in the way of greater access because, for example, they have only a limited supply of an investigational drug. Drug companies and the Pharmaceutical Research and Manufacturers of America trade group generally remained neutral on the RTT legislation, but some expressed concern that it could interfere with the clinical trials process.

The bill passed last week will not require drug companies to provide experimental therapies prior to approval, nor will it obligate insurance companies to pay for them. But some fear it could allow “snake oil salesmen” to charge patients large sums for unproven therapies.

“By removing the FDA oversight, you’re counting on physicians and manufacturers to serve as the gatekeeper and protector of our patients,” New Jersey Rep. Frank Pallone Jr. said on the House floor before the vote, CNN reported. “I simply don’t buy that that’s going to work.”

Cancer Health recently published two perspectives from advocates in support of and opposed to RTT legislation.

ASCO offers an ASCO in Action brief on RTT and expanded access. 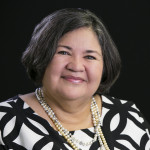