These (RED) Condoms Fight HIV in More Ways Than One [VIDEOS]

“Have Sex, Save Lives.” That’s the message of a new Durex condom campaign. The prophylactic maker teamed up with (Product) RED to raise at least $10 million for The Global Fund to Fight AIDS, Tuberculosis and Malaria. 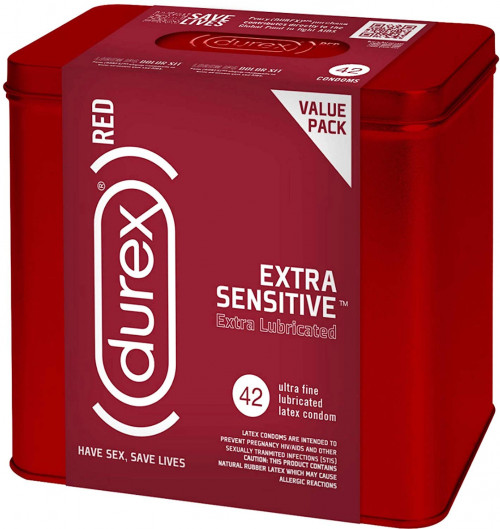 Arriving in time for World AIDS Day, December 1, the (Durex) RED campaign stars Swedish pop star Zara Larsson, who urges folks to “Give a F**k,” or, in hashtag speak, #GAF.

Several U.S. celebs, including actress Thandie Newton, activist Tyler Oakley and Broadway star Javier Muñoz (the current star of Hamilton and former cover boy of POZ who is also living with HIV), join Larsson in the promo video, which you can watch above the headline. (Don’t click if you’re averse to cheeky, bleeped-out uses of “f**k,” as in “What the f**k.”)

In a press release, Durex states that $0.84 of every 42-pack and $0.35 of every 12-pack of condoms will benefit the Global Fund. That may not sound like much, but Durex will make a minimum guaranteed donation of $5 million globally through 2020. What’s more, the Bill & Melinda Gates Foundation will match Durex’s $5 million, bringing the total minimum to $10 million.

On the RED.org site, the nonprofit says 100 percent of the money raised will go to HIV efforts on the ground, with a portion of proceeds benefiting the Keeping Girls in School HIV and pregnancy prevention program in South Africa. The website states, “We’ve joined forces with Durex to fight AIDS in South Africa, where it is estimated that around 7.2 million people are currently living with HIV or AIDS. Together with the Global Fund, we can raise awareness and money that will empower young women and girls to live a happy, healthy life.”

The video below highlights the Durex partnership and its efforts to help young girls.

Rock star Bono helped found (Product) RED in 2006. For a recent POZ article, read “Bono Thanks Congress for Ignoring Trump…by Not Cutting AIDS Funds.” And for our cover story on Hamilton star Muñoz, read “In the Spotlight.”