Owing in part to the wave of protests that followed George Floyd’s death at the hands of Minneapolis police in May 2020, “race correction”—the use of race to interpret a diagnostic test or prescribe a treatment differently for patients of one race versus another—has come under heavy scrutiny, according to CNN. Some medical institutions, including the University of Washington and Mass General Brigham, have even bowed to public pressure and revised certain metrics.

The idea that physiology reflects race is so deeply rooted in medicine that as recently as 2016, 40% of white first-year medical students and medical residents who participated in a study at the University of Virginia thought that Black skin was thicker and had fewer sensitive nerve endings than white skin.

The repercussions of such misconceptions can be serious for patients. Findings from this study—published in the journal Proceedings of the National Academy of Sciences of the United States of America—showed that students and residents who held such beliefs were less likely to prescribe Black patients sufficient pain medication.

One such measure is the Vaginal Birth After Cesarean Risk calculator, which assesses a woman’s chances of successfully delivering a child vaginally after previously having given birth via a C-section. The tool accords lower scores to Black and Hispanic women compared with women of other races, according to an article on the practice in the The New England Journal of Medicine.

Race correction has even been the basis for litigation. In August 2020, two former professional football players, Najeh Davenport and Kevin Henry, sued the National Football League for allegedly discriminating against Black athletes in settling concussion claims. Specifically, Davenport and Henry accused the NFL of subjecting the results of their neurological exams to race correction, potentially costing them millions of dollars in compensation.

But the push to eliminate race correction in medicine occasionally conflicts with the concrete differences in disease risk between people of different races. Frequently, these dissimilarities result from societal factors rather than genetics. For example, Black Americans are statistically more likely to develop severe COVID-19. This is not because African Americans are innately more vulnerable to the coronavirus that causes COVID-19; it’s because Black people are disproportionately more likely to lack access to high-quality health care and to live and work in high-risk environments.

Nevertheless, ridding medicine of race correction is a priority for some. Although a Pennsylvania judge recently dismissed Davenport and Henry’s medically based discrimination suit, the Maternal Fetal Medicine Units Network announced that the Vaginal Birth After Cesarean calculator is being phased out in favor of a model that doesn’t consider race. 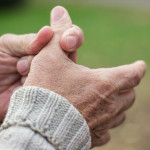 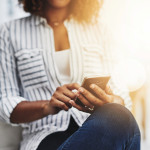