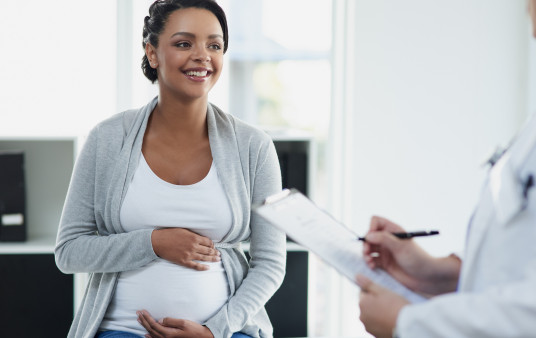 Pregnant People Should Be Screened for Hepatitis C

The American College of Obstetricians and Gynecologists advises screening during each pregnancy.

Individuals should receive screening for hepatitis C during every pregnancy, according to a practice advisory crafted by the American College of Obstetricians and Gynecologists and endorsed by the Society for Maternal-Fetal Medicine.

In 2018, there were an estimated 50,300 cases of acute hepatitis C in the United States. With a rising hepatitis C rate among women of childbearing age, transmission to infants before or after birth is a concern. A recent study reported that 25% of pregnant women who tested positive for hepatitis C virus (HCV) were diagnosed during pregnancy. Some 5% of infants born to women with the virus will also be affected.

The United States Preventive Services Task Force (USPSTF) recommends hepatitis C screening for all adults at least once in their lifetime. In addition, because of increasing hepatitis C among young women and perinatal transmission, the Centers for Disease Control and Prevention recommends screening for the virus during each pregnancy.

In accordance, the American College of Obstetricians and Gynecologists is now also recommending hepatitis C screening during every pregnancy. The prenatal blood screening will help identify infants who require testing for the virus during a visit to a pediatrician. The organization suggests that hepatitis C testing during pregnancy will further the conversation on viral transmission and risks.

Direct-acting antiviral therapy for hepatitis C is not specifically approved for pregnant individuals, but treatment guidelines state that pregnant people may be treated after a discussion of the risks and benefits. Harvoni (sofosbuvir/ledipasvir) has been shown to be safe and effective for pregnant women. In many cases, people who test positive for HCV during pregnancy may be guided to undergo treatment after labor and breastfeeding are completed. Moreover, the infant’s pediatrician should be apprised of the mother’s HCV-positive status so the baby can be tested and treated appropriately. Direct-acting antivirals are approved for children as young as 3 years old.

Since viral detection before pregnancy is preferable, screening is recommended for individuals considering pregnancy and have not yet been tested per the USPSTF’s universal screening recommendation. If positive, antiviral therapy should be completed before conception.