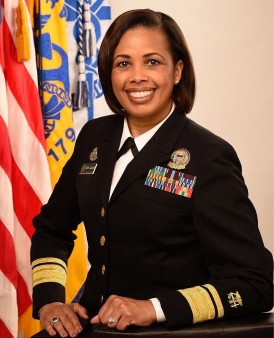 Nurse With AIDS Background Is the Acting Surgeon General

After Surgeon General Vivek H. Murthy was asked to resign by the Trump Administration, he has been replaced by his deputy, Rear Admiral Sylvia Trent-Adams, The New York Times reports.

One of the few nurses to serve as surgeon general, she is currently holding the position in an acting role. According to her biography on the Department of Health and Human Services (HHS), she previously served as the deputy associate administrator for the HIV/AIDS Bureau (HAB), Health Resources and Services Administration (HRSA). She also helped manage the Ryan White HIV/AIDS Treatment Extension Act of 2009 (Ryan White HIV/AIDS Program), a $2.3 billion program that “funds medical care, treatment, referrals and support services for uninsured and underserved people living with HIV disease as well as training for health care professionals.”

While at HHS, Trent-Adams has worked to “improve access to care for poor and underserved communities,” according to the bio. “As a clinician and administrator, she has had a direct impact on building systems of care to improve public health for marginalized populations domestically and internationally.”

The Times reports that it wasn’t clear why Murthy was asked to resign. But he was an Obama appointee who has called gun violence a public health threat. As POZ previously noted, Murthy also released a report that endorsed harm reduction—including syringe exchange programs—as a way to battle America’s opioid addiction problem.