Researchers will observe the understudied relationship between the heart and the aorta.

The National Institutes of Health (NIH) has awarded $5.2 million to cardiology researchers at Albert Einstein College of Medicine and Montefiore Health System to study causes of heart failure in Latinos, who are at increased risk for heart disease.

“Hispanics make up 20% of the U.S. population, and, as we found in our earlier research, they have a higher risk of heart failure compared to whites and are underrepresented in cardiac clinical trials,” said principal investigator Carlos J. Rodriguez, MD, MPH, director of clinical cardiology research and cardiovascular epidemiology at Einstein and Montefiore, in a news release. “This funding will help us better understand and predict heart failure among Hispanics—and potentially other population groups.”

Rodriguez and colleagues will evaluate both heart function and the relationship between the heart and the aorta, the large artery that transports oxygen-rich blood from the left ventricle to the entire body. Rodriguez noted that previous cardiac research has neglected this relationship “despite their intimate connection.”

"For example, aortic stiffness significantly increases with age and is associated with heart failure and hypertension, but how that occurs isn’t well understood,” he continued. “We hypothesize that aortic stiffness impairs the mechanical interaction, or ’coupling,’ between the aorta and the heart, which in turn contributes to heart failure.”

The study plans to recruit 1,600 Latino men and women over 45 years old. Participants will receive echocardiograms and other tests to determine the stiffness and function of the aorta, identify any abnormalities in aorta–left ventricle coupling and seek out any presence of heart failure and pre–heart failure.

“We’re hoping this study will shed light on these mechanisms and that we can use the heart-aorta relationship to help identify people who are at risk for heart failure earlier,” Rodriguez said. “Our ultimate aim is to lower the burden of heart failure in this understudied population.” 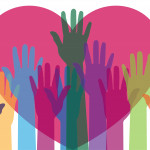