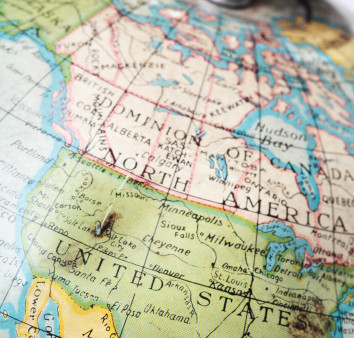 Nearly a Quarter of North Americans May Have Fatty Liver Disease

Researchers suggest that 67.3 million people are living with NAFLD in the United States and Canada.

As many as a quarter of the combined population of the United States and Canada may have non-alcoholic fatty liver disease (NAFLD), and a substantial proportion of these have non-alcoholic steatohepatitis (NASH) or advanced fibrosis, according to the results of a large meta-analysis presented at the AASLD The Liver Meeting Digital Experience.

“To our knowledge, this is the largest meta-analysis to date estimating the North American prevalence of NAFLD, NASH and advanced fibrosis,” Aijaz Ahmed, MD, of Stanford University, and colleagues wrote.

Arising from the accumulation of fat in the liver, NAFLD and its more severe form, NASH, are responsible for a growing proportion of advanced liver disease worldwide. As a result of inflammation, NAFLD can lead to the buildup of scar tissue (fibrosis), cirrhosis (advanced scarring) and even liver cancer. With no effective approved medical therapies, disease management is dependent on lifestyle changes, such as weight loss and exercise.

Reported prevalence rates for NAFLD can differ depending on the method of diagnosis. For instance, people with NAFLD may have normal ALT liver enzyme levels, so diagnoses made on the basis of enzyme tests can underestimate fatty liver disease.

Ahmed and colleagues carried out the meta-analysis to establish the prevalence of NAFLD, NASH and advanced fibrosis in North America (defined in this study as including only the United States and Canada). They combed through the Embase and MEDLINE databases for studies that included prevalence data on these conditions in the United States and Canada. The researchers excluded cases of NAFLD that were solely diagnosed on the basis of liver enzyme levels, studies of children or people with other liver diseases, and studies that focused only on people with severe obesity or diabetes. A total of 47 studies were included with data on 387,121 adults.

Among the 1,725 people with NAFLD who had undergone liver biopsies in seven different studies, 48% had progressed to NASH. When also including those who had not been recommended for biopsy, the NASH prevalence was 41%.

Of the 1,430 people with NAFLD who had undergone biopsies across six different studies, 14% had advanced fibrosis. When also including those without biopsies, the prevalence was 13%.

Based on the current population in the United States and Canada, the researchers estimated that 67.3 million people are living with NAFLD, 27.6 million with NASH and 8.7 million with advanced fibrosis.

“Identification of advanced liver fibrosis remains an important priority due to its independent association with long-term overall mortality, liver transplantation and liver-related events,” they wrote. “The impracticality of performing liver biopsies on a large scale compels further research into the development and validation of noninvasive tests for the diagnosis of NAFLD, NASH and advanced fibrosis, which may ultimately influence future prevalence estimates.”

Click here to read the study abstract from The Liver Meeting Digital Experience. 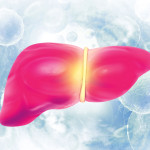