The United Nations estimates that 19,000 Caribbean people died of AIDS-related illness in 2006, while an additional 250,000 were living with HIV that year. The Caribbean’s HIV/AIDS prevalence is second only to sub-Saharan Africa.

“The impact of HIV/AIDS in the Caribbean and Caribbean communities in the United States cannot be overstated,” Ravinia Hayes-Cozier, director of government relations and public policy for the National Minority AIDS Council, said in a statement. “Observance days like NCAHAAD also demand that we look at the social-economic determinants that have helped create barriers to quality health care in communities of color, subsequently fueling infections in these and other minority communities.” 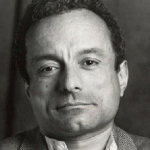 Latinos Included in Efforts to End the Epidemics #InTheirMemory