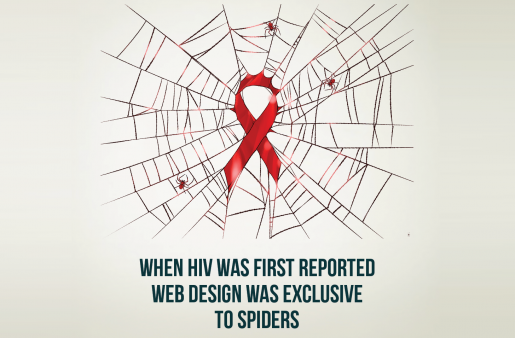 October 15 marks National Latinx AIDS Awareness Day (NLAAD) 2021. This year’s theme is “It’s Time to Act. It’s Time to End HIV.” The theme takes a historical look at the epidemic, noting that 2021 is the 40th anniversary of the first published reports of what came to be known as HIV/AIDS.

As one of the NLAAD promotions reads: “HIV just turned 40, and though much progress has been made since 1981, there is still work to be done. It’s time to act. It’s time to end HIV.”

In keeping with that theme, many of the graphics for #NLAAD 2021 put the epidemic in a larger historical context, featuring sayings such as:

The awareness day is organized by the Latino Commission on AIDS, the Hispanic Federation and other organizations. In addition to raising awareness of HIV and promoting prevention, testing and treatment, this year’s NLAAD aims to direct people to reliable sources of HIV information, such as the National Institutes for Health and the Department of Health and Human Services, notably the website HIV.gov.

Oct 15 is National Latinx AIDS Awareness Day (#NLAAD), a day to promote HIV prevention & awareness among the Latino community. We spoke w/Guillermo Chacon, pres. of the Latino Commission on AIDS about his role in launching the 1st #NLAAD in 2003. https://t.co/wWgZQJePaW pic.twitter.com/Exy7UYMuR4

A fantastic source for HIV data is AIDSVu.org, which organizes the latest HIV data into easy-to-understand infographics and breaks down data by region and includes interactive maps and interviews with relevant experts. Regarding NLAAD 2021, AIDSVu offers this information:

In 2019, Hispanic/Latinx people represented 16% of the United States population aged 13 and older, but 29% of those diagnosed with HIV.

Overall, the Hispanic/Latinx community face cultural and societal challenges, including language barriers and mistrust of the health care system. These challenges can delay HIV testing and necessary treatment. In 2019, 21% of new HIV diagnoses among Hispanic/Latinx people were diagnosed late. In the same year, only an estimated 51% of Hispanic/Latinx individuals reported ever being tested for HIV.

This year, AIDSVu is also highlighting the impact of social determinants of health, such as poverty and a lack of health insurance, on HIV-related health outcomes for Hispanic/Latinx people:

To observe National Latinx AIDS Awareness Day (#NLAAD2021), Damián shares how #PrEP empowers him to overcome cultural challenges and help #endHIVepidemic. What does PrEP mean to you? pic.twitter.com/eeaEQHe5OV

The results of the 2018 survey were published in 3-City Study, a 49-page report you can read and download here. In short, the survey found that 93.6% of participants had a regular health provider; 93.9% were in treatment; and 88.5% had been told by their primary care provider that their viral load was undetectable. But the study authors cautioned that survey and discussion participants were associated with HIV organizations and that the same numbers were not found throughout Latino subgroups.