According to prosecutors, both physicians worked for a Southwest Miami-Dade clinic that billed the government health care program for obsolete HIV infusion treatments that were never given to the patients. The clinic received almost $16 million from Medicare after the false claims were submitted from 2003 to 2006.

As Latinos Age, Housing, Health and Caregiving Are Top Priorities 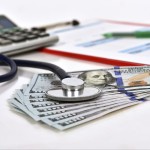 Social Security and Medicare Changes for 2016

Open Enrollment for Obamacare and Medicare