Areas with lower population density have not seen the same slowdown as urban areas.

The rise in liver cancer incidence has slowed down in urban areas of the United States in recent years, but the same slowdown is not being seen in rural areas, according to a study presented this week at the virtual AASLD Liver Meeting.

The disparity may be attributable in part to both higher levels of risk factors and poorer access to care, presenter Christina Gainey, MD, of the University of Southern California in Los Angeles, suggested.

Over years or decades, chronic hepatitis B or C, fatty liver disease, heavy alcohol use and other causes of liver injury can lead to serious complications, including cirrhosis and hepatocellular carcinoma (HCC), the most common type of liver cancer.

HCC is often diagnosed late, and it is difficult to treat. Liver cancer is one of the leading causes of cancer-related mortality worldwide and among the fastest-rising causes of cancer death in the United States. In 2018, the Centers for Disease Control and Prevention reported that the age-adjusted liver cancer death rate increased by 43% between 2000 and 2016, but it has since leveled off.

Gainey’s team compared HCC incidence trends over a 20-year period to better understand health disparities in rural versus urban settings. They calculated age-adjusted HCC incidence rates from 1995 through 2016 using the North American Association of Central Cancer Registries database, which covers more than 90% of cases in the U.S. Rural areas were defined as towns with a population of fewer than 2,500 people.

The researchers also reported some notable differences across racial and ethnic groups.

White people in rural areas saw the largest increase in incidence over the entire 20-year study period (5.7% per year on average). Black people in urban areas had the steepest rise during any specific time span (6.6% between 1999 and 2009), but their rate of increase then slowed and declined, while the rate for rural African Americans continued to rise at 5.4% per year on average. Although Asians and Pacific Islanders started out with the highest incidence, urban Asians/Pacific Islanders were the only group to see a drop during the study period (a 1% average annual decline). Incidence rose among Latinos, and from 2012 onward, rural Latinos had the highest rate of new cases.

“The rate of increase in new HCC cases has slowed since 2009, but only in urban areas,” the researchers concluded. “Understanding rising HCC incidence in rural areas is essential to inform cancer-reducing interventions.”

The database did not include suspected causes of liver cancer, but Gainey suggested the rise was largely driven by hepatitis C. Rural areas are known to have rising rates of hep C—which is frequently transmitted through shared drug injection equipment—associated with the ongoing opioid crisis.

The leveling off and decline in HCC incidence in urban areas coincided with the introduction of direct-acting antiviral drugs for hepatitis C, but it is unclear whether these are related. Being cured of hep C reduces the likelihood of developing liver cancer, but people who already have cirrhosis when treated remain at risk. Rural Americans may not have the same access to hepatitis C testing and treatment as those in urban areas.

“Rural Americans face considerable disadvantages when it comes to health access and outcomes. Those that live in rural areas also have higher rates of smoking, excessive drinking, obesity and lower levels of physical activity, all of which can increase the risk for HCC,” Gainey said in an AASLD press release. “As nearly one in five Americans lives in a rural area, health disparities in this population represent a critical public health issue.” 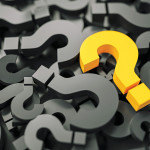