Memory loss might not manifest the same across races and ethnicities.

Latinos with dementia may show different signs and experience different symptoms of memory loss than other races and ethnicities, according to new research presented at this year’s Latinos and Alzheimer’s Symposium. Doctors say recognizing this difference could lead to fewer disparities in health outcomes as well as more culturally competent care for the disease among Latinos, AARP reports.

The findings suggest that Latinos may experience more depression and anxiety early in their diagnosis as well as a faster rate of cognitive decline compared with Black people or non-Hispanic whites diagnosed with dementia. All of this, experts say, could be related to the disease process itself.

For example, both anxiety and depression are well-known risk factors for dementia, which researchers say may be early signals of abnormal protein accumulations in the brain, a hallmark of diseases like dementia and Alzheimer’s. What’s more, Latinos are more likely to report symptoms of these mental illnesses than other races and are at higher risk for diabetes and heart disease, both of which may increase the risk for dementia and impair quality of life post-diagnosis.

That said, researchers at the conference also said the disparity might also be influenced by Latino cultural practices—for example, Latinos’ devotion to their elders could unintentionally set seniors back in the early stages of the disease.

“Some families want to start doing everything for their older members to try and remove some of the burdens and make their lives easier,” said Andrea Ochoa Lopez, a doctoral student at the University of Houston who spoke at the conference. “But there is research showing that when cognition is declining, older people actually do better when they stay active. And there is also still a stigma. They may not want their elder family member to be seen as ill or mentally unstable.”

Experts say the findings could help open up new avenues for research, an important need considering that the number of Latinos living with Alzheimer’s and dementia is expected to skyrocket, with estimates of diagnoses increasing 832% by 2060, according to the University of Southern California and UsAgainstAlzheimer’s.

Moving forward, Latino researchers hope to recruit far more minorities for studies around cognitive decline. (Latinos make up just 7.5% of research participants across 32 federally funded Alzheimer’s disease research studies.) To combat health inequities, the Harvard Aging Brain Study is actively recruiting Latinos ages 65 to 80 with no cognitive concerns. Another study, New IDEAS, is seeking to enroll at least 2,000 Black Americans and 2,000 Latinos to examine how brain imaging might lead to earlier diagnoses among members of these communities.

To learn more about why these more focused studies are needed, read “Black and Latino Communities Face Greater Risk for Dementia Burden.” 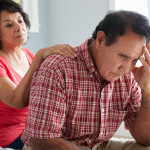