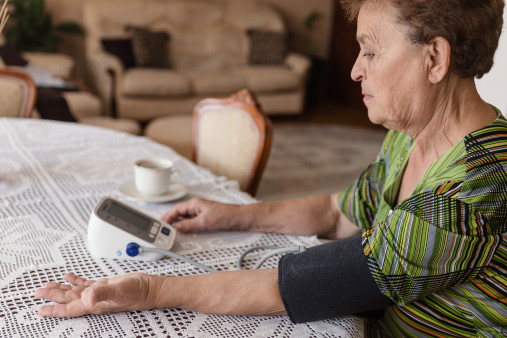 Hypertension, high cholesterol and diabetes are very common in the Latino community.

For their analysis, researchers looked at data from the Hispanic Community Health Study/Study of Latinos. The longitudinal inquiry of more than 16,000 participants between ages 18 and 74 included people of Cuban, Dominican, Mexican, Puerto Rican and Central and South American descent.

Scientists specifically focused on 404 adults with a self-reported history of stroke or transient ischemic attack, a temporary blockage of blood flow to the brain. They studied rates of high blood pressure, diabetes and high blood cholesterol among this group and determined whether these participants were aware that they had these major cardiovascular risk factors and knew how these conditions were to be treated.

Results revealed that 59% of participants had high blood pressure, 65% had high cholesterol and more than one third had type 1 or type 2 diabetes. Although 90% of participants knew they had these chronic health conditions, most didn’t have healthy levels. Less than 50% had normal blood pressure levels and blood sugar levels, and only one third had healthy cholesterol levels.

Nearly half of participants were on anticlotting medications, less than half were on cholesterol-lowering statin drugs and one quarter were taking both meds.

Older age was associated with both uncontrolled high blood pressure and diabetes.

“It’s a wake-up call for the medical community,” said Fernando D. Testai, MD, PhD, an associate professor of neurology at the University of Illinois at Chicago and one of the study’s authors. “Despite our best efforts, Hispanic and Latino populations still seem to be undertreated for their vascular risk factors.”

Because a majority of study participants had overweight or obesity and a great number were smokers, Testai explained that it’s important for health care professionals to do their part in helping Latinos adopt healthy lifestyle habits to reduce heart disease risk.

If there is ever to be a drop in cardiovascular risk among Latinos, there must be better access to care for this community, Testai said.