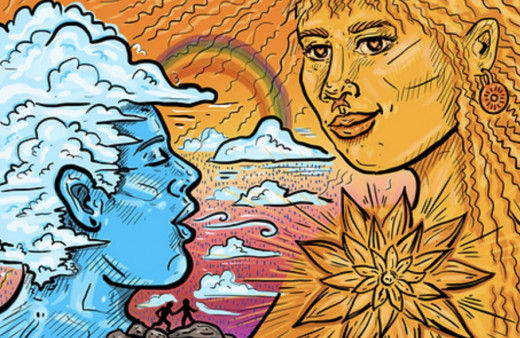 “I Choose Loving” is the theme of the Latino Commission on AIDS’s Week Against Homophobia. Events include online talks and the film “Bibi.”

Twitter
Facebook
Pinterest
Tumblr
Email
Advertisement
May 16 through 20, Monday through Friday, marks Week Against Homophobia 2022, part of the Zero Campaign from the Latino Commission on AIDS, which includes the Zero Homophobia and Zero Transphobia programs. The goal is to unite “Latinx LGBTQ+ leaders across the country and Latin America to discuss the importance of loving: ourselves, our families, our love stories and our resistance and resilience,” according to the campaign’s bilingual website. That message is reflected in this year’s theme, “I Choose Loving” / “Yo Elijo Amar.”

This week’s events center on a series of panel discussions and a screening of the short film Bibi.

Today kick’s off this year’s week against homophobia. As legislators across the country choose hate, this year our theme is #IChooseLoving.” https://t.co/tK7CdPJDuM @Latinocommaids #ZeroHomophobia

By addressing topics such as homophobia, resilience, family and self-acceptance, Week Against Homophobia also tackles the related issue of HIV rates among Latinos. In 2019, Latinos made up 16% of the U.S. population but accounted for 29% of new HIV diagnoses. Although the overall HIV rate has remained stable among the U.S. Latino population, rates have risen among young men ages 25 to 34. What’s more, Latino men who have sex with men continue to constitute the largest proportion of HIV diagnoses among this population. (For more details, see the POZ Basics section on HIV and Latinos.)

Both Zero Homophobia and Zero Transphobia are programs of the Oasis Latino L.G.T.B.S. Wellness Center in New York City, which is part of the Latino Commission on AIDS. 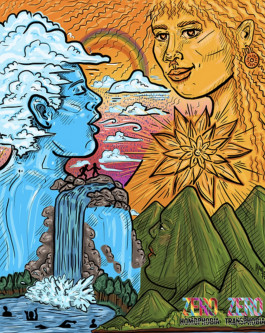 The poster for Week Against Homophobia 2022 was created by Maite Nazario, a queer nonbinary Guatemalan and Puerto Rican multidisciplinary artist and activist based in Atlanta.

Below are this year’s four virtual events. To register, click on the event’s title.

LGBTQ+ Latinxs grow up with negative messages about their lives and desires and from an early age, it is easy to get lost in stereotypes and misinformation. Resisting internalized homophobia is often the first step to self-acceptance and cultivating a positive self-image. Moving away from homophobia on an individual level is often the spark for interpersonal, communal and greater societal change. Through truly “loving ourselves,” we can resist internalized homophobia and increase LGBTQ+ acceptance.

Diego Gonzalez-Medina, an HIV activist and ballroom father based in Mexico;

Andrea Gallegos, a sexual health educator and psychologist based in Ecuador;

Renato Perez, a psychotherapist and counselor based in California;

Armonté Butler, a fellowship coordinator and LGBTQ activist based in Washington, DC.

May 17: Loving Our Families

We are having a movie night! Join us as we screen the short film Bibi, and stick around for a chat with the team behind the powerful story about the role family plays for LGBTQ+ Latinxs.

“Bibi, tells the story of a Latinx father and son who can talk about anything—but only in writing, in the letters, they pass back and forth when the conversation seems too much. Based on the experiences of the filmmakers behind the project, the 18-minute film explores intersectionality in a powerful way, illustrating the beauty and conflict that can arise as we move between languages, places and societal expectations.”

May 18: Loving Our Love Stories

We will explore how love has shaped the lives of two different current or former queer, Latinx couples. Our intimate relationships do not happen in a vacuum and impact our connections to family, friends, and colleagues; this is especially true for queer couples. Our guests will share how love has changed not only their lives but inspired change/growth in their friendships, families, and greater community.

May 19: Loving Our Resistance and Resilience

LGBTQ+ activists have been at the forefront of struggles for human rights throughout history and built resilient communities even when local and national governments ignored or targeted them. As anti LGBTQ+ legislation sweeps the nation, we will hear from Latinx leaders who have made advancing equity their mission.

Elisa Crespo, the executive director of the NEW Pride Agenda in New York;

Week Against Homophobia coincides with International Day Against Homophobia, Transphobia and Biphobia, which is observed Tuesday May 17. It’s a global effort led by a diverse roster of organizations and advocates across the globe. Events and campaigns for the day aim to raise awareness of the discrimination and violence experienced by LGBTQ people and to celebrate sexual and gender diversities.

The results of the 2018 survey were published in 3-City Study, a 49-page report you can read and download here. In short, the survey found that 93.6% of participants had a regular health provider; 93.9% were in treatment; and 88.5% had been told by their primary care provider that their viral load was undetectable. But the study authors cautioned that survey and discussion participants were associated with HIV organizations and that the same numbers were not found throughout Latino subgroups.

Last fall, Miss Universe Andrea Meza, who is from Mexico, stopped by the Oasis Latino L.G.B.T.S. Wellness Center in midtown Manhattan to talk about HIV awareness. To read the Q&A, see “Beauty, Brains and Heart.”