Pomp, Circumstance and a Second Chance

A small gathering at historic St. Augustine’s Church on Manhattan’s Lower East Side, the graduation ceremony featured appearances by music legend Nona Hendryx—of Labelle fame—and Grammy-nominated, Brooklyn-based songstress Maiysha, both of whom applaud the efforts of Housing Works and other grassroots organizations that advocate on behalf of HIV-positive people in New York.

“New York is such a dynamic city,” said Maiysha, who performed “This Much Is True” and “Wanna Be,” the latter of which is nominated for a 2009 Grammy Award for Best Urban/Alternative Performance. “The very things that make this city so dynamic are the things we have to support. We need to support our gay populations, we need to support people who are struggling, and we need to support people in evolving to the next level. I think that the work that’s being done here is absolutely tremendous, because what we’re doing is supporting people’s evolution. And that’s always something I can rally behind.”

Housing Works launched Second Life shortly after opening its doors in 1991 as a way to help clients move away from assisted living and become self-sufficient. After nine months of training, graduates are guaranteed a full-time position at Housing Works with a $25,000 annual salary and full benefits. To date, 261 training program graduates have become Housing Works employees and account for about a quarter of its staff.

“What’s really important about the job training program is that it’s a very tangible way for people with HIV/AIDS who have experienced homelessness and addiction to take their lives back,” said Housing Works president and CEO Charles King. “And not only taking their lives back, but doing it in a way that turns around and helps other people who are living with the virus.”

To gauge the transformative success of this program, you need only speak with one of its many graduates. Kenneth Whitmore, 45, has been living with HIV since 1991. Formerly incarcerated, Whitmore graduated from Second Life in 2005 as valedictorian. He’s now married with two children—an 11-year-old son and a 3-year-old daughter—and is a housing specialist at The Floating Hospital, a health clinic that serves homeless and low-income families. He has also become heavily involved in AIDS activism thanks to his Housing Works experience.

“They pushed me, and they helped me become the man I am today,” Whitmore said of the vigorous training program. “It’s given me character, and it’s given me strength.”

Hendryx, who was keynote speaker at the ceremony, has been a longtime AIDS advocate, performing at AIDS fund-raisers long before most celebrities were willing to align themselves to the cause.

“From the very beginning, the loss of friends who had contracted the disease has had a huge effect on my life,” Hendryx told POZ. “So it’s been a constant issue. And the struggle that [positive] people have in getting health care, getting homes, getting jobs and seeing friends lose their jobs has been devastating.”

In her speech to the small group of graduates, Hendryx said that the keys to a better life—ones that Second Life has provided them—are knowledge, education, experience and wisdom.

She explained: “Who you are and what you are is perfect. Always. You can just have better conditions in which you live.” 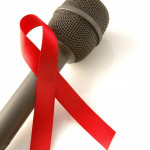