Nearly Half of People With Viral Hepatitis Face Discrimination

A new survey about the stigma and discrimination experienced by people living with viral hepatitis shows that as many as half face some sort of discrimination because of their condition—from family members or friends, in the workplace or from health care providers, science20.com reports.

The online questionnaire—which included responses from 1,217 people living with the hepatitis B virus (HBV) or the hepatitis C virus (HCV) in Europe and the United States—is one of the first studies to look at the degree of discrimination faced by people who have disclosed their hepatitis status.

Of the 94 percent of people who told their families about their illness, one quarter said that relatives started to avoid physical contact with them afterward.

Among the 57 percent of respondents who disclosed to their romantic partner, 33 percent said it affected their relationship and 43 percent said that hepatitis impacted their sex life.

Of the nearly 74 percent of people who told their friends about having hep B or C, nearly half—46 percent—said they suffered discrimination from them. A quarter of respondents said that they were no longer invited to social events.

In the workplace, out of the 46 percent of people living with viral hepatitis who disclosed to employers, 10 percent lost their jobs.

The survey also indicated that even though 70 percent of their health workers examined hepatitis patients properly, almost 25 percent of patients said their doctors tried to maintain “distance” from them in the exam room. Nearly 7 percent of people with viral hepatitis were outright denied care.

Self-stigma was also prevalent among survey respondents. More than 40 percent said they felt ashamed of their condition, and 56 percent said their self-image was affected after learning of their hepatitis status. 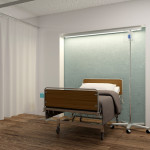