The Hep ElimiNATION partnership will assign grades to all 52 U.S. jurisdictions based on their viral hepatitis achievements.

In January 2021, the Department of Health and Human Services (HHS) released the Viral Hepatitis National Strategic Plan for the United States: A Roadmap to Elimination 2021–2025, which spelled out five main goals for the next five years. So did the United States make any progress last year? How can we gauge whether we’re on track to end viral hepatitis? A new partnership between researchers and advocates titled Hep ElimiNATION aims to assess exactly that as well as offer guidance.

Hep ElimiNATION will analyze the hepatitis elimination efforts of all 50 states plus Washington, DC, and Puerto Rico, assigning each a grade in at least seven different areas that dovetail with the U.S. strategy.

According to a Hep ElimiNATION press statement, the areas to be graded include: 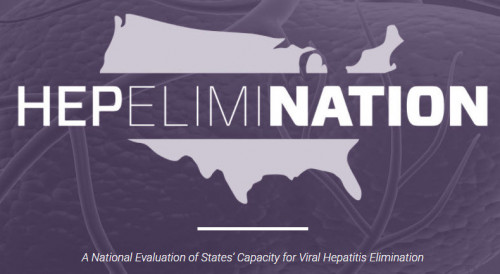 A logo of the partnership

“Centering the voices of people with lived experience is critical to addressing the barriers that so many face in access to prevention, testing and treatment for viral hepatitis,” said Adrienne Simmons, PharmD, MS, director of programs at the National Viral Hepatitis Roundtable. “Hep ElimiNATION will allow those with lived experience and other advocates to gain a better understanding of their state’s current capacity to eliminate viral hepatitis and follow up with actionable recommendations and strategies to develop comprehensive and fully funded elimination plans.”

Launched this week, Hep ElimiNATION is a partnership between the O’Neill Institute for National and Global Health Law at Georgetown University Law Center (O’Neill Institute), the National Viral Hepatitis Roundtable (NVHR) and the Center for Health Law and Policy Innovation at Harvard Law School (CHLPI).

According to the U.S. health department, data from 2014 to 2018 in the United States show that:

According to the health department, it’s estimated that as of 2016, nearly 3.3 million people in the United States are living with chronic viral hepatitis—862,000 with hepatitis B and 2.4 million with hepatitis C.

The national plan, which Hep ElimiNATION will grade, seeks to counter these trends by setting these five goals:

Viral hepatitis attacks the liver, a vital organ that acts as the body’s filter. In fact, hepatitis means “inflammation of the liver.” Over time, it can be deadly. The viruses are spread differently, including via contaminated food and water in the case of hepatitis A and through blood transfusions and shared needles in the case of hepatitis C. You can learn more by visiting the Hep Basics, which include sections on the various types of hepatitis, along with information on transmission routes, prevention, testing and treatments.

Xavier Becerra in His Own Words: ‘Health Care Is a Right’