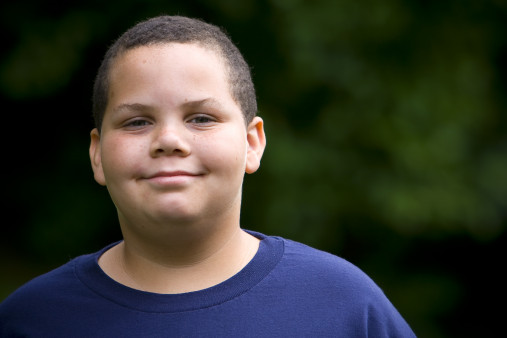 Latino children and their families learned how to manage weight gain and to live healthier lives during a three-year intervention.

For the study, Stanford researchers enrolled 241 Latino children between ages 7 and 11 from low-income neighborhoods in the Bay Area along their families. Each child had overweight or obesity and underwent physical and laboratory tests at the study’s baseline. Additional lab tests were completed at one, two and three years.

Scientists randomly broke the children up into treatment and control groups. Those in the treatment group were involved in a multifaceted program that included their families, communities and primary health care professionals. The program also incorporated cultural values of the Latino community.

In addition to receiving home visits and phone calls from a health educator, families in this group also completed behavior-change modules on reducing food portions, making healthier food choices, increasing physical activity, reducing screen time, and parenting and problem-solving around healthy lifestyle choices. Parents were given their choice of modules and when to complete them.

Children in the treatment group were also encouraged to participate in an after-school sports program for up to five days a week. The program was held at local community centers and included about 40 minutes of physical activity per day.

Study results showed that children in the treatment group maintained a significantly healthier body mass index than those in the control group during the first two years.

Furthermore, findings showed that these kids had significantly better results on diastolic blood pressure readings, total cholesterol and LDL cholesterol. These youngsters were also more likely to be physically active after school and less likely to spend time sitting around and had healthier diets and eating habits.

“With our multilevel intervention, kids and families were able to control weight over one and two years even compared to state-of-the-art health education,” said Thomas Robinson, MD, a professor of pediatrics and of medicine at Stanford and the study’s lead author. He added: “The changes we saw were positive and good evidence that there’s a lot of promise for this community-based, multilevel model of intervention. It motivates us: There’s more to learn, and more we can improve on.”

Researchers found that the effects weakened after three years, probably owing to the fact that participants in the treatment group spent less time on the education modules and participating in sports programs due to life changes.

However, they still believe these findings could help health care and public health officials reduce childhood obesity among at-risk populations. In addition, children at highest risk and their families could receive the weight management resources that might best work for them.

For related coverage, read “Excess Weight Could Affect Onset of Puberty in Girls” and “Obesity Can Cause Liver Damage in Children as Young as Eight.”

There’s a Better Way to Talk to Patients