Sweet relief may be on the way for people who get migraines, even before the debilitating headache begins. That’s because the U.S. Food and Drug Administration recently approved a nerve-stimulating headband as the first medical device to prevent migraines, NBC News reports.

The battery-powered headband emits a low electrical current via an adhesive electrode; this current stimulates nerves in the brain linked with migraine pain. Patients ages 18 and older can wear the device up to 20 minutes a day to stop these painful headaches before they hit.

When FDA researchers reviewed findings from a 67-person study, the scientists found that patients who used the device suffered fewer migraines each month compared with those who used a placebo. In addition, so far, researchers haven’t seen any serious adverse effects connected with the electrode headband. (Many users just felt a tingling sensation where the electrode was applied.)

But the headband isn’t a cure-all. The device, which is made by Cefaly, a Belgian company, didn’t completely eliminate migraine headaches or lower their intensity once they struck.

In general, the majority of those who used the device were satisfied. About 53 percent of 2,313 migraine patients in another study said they would purchase the headband for future use. Doctors say the device would also be a good option for people who cannot tolerate traditional migraine medications.

People who suffer migraines are more likely to have health issues such as depression, anxiety, asthma, high blood pressure and even diabetes. Click here for more information. 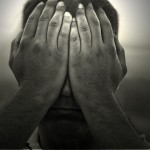