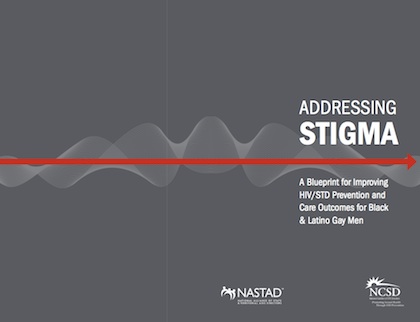 The “Addressing Stigma” blueprint includes 17 recommendations for reducing the stigma experienced by black and Latino gay men when they seek health care. Developed by the National Alliance of State & Territorial AIDS Directors (NASTAD) and the National Coalition of STD Directors (NCSD), the blueprint is available for free download on the NASTAD site.

The 17-page document spells out the link between stigma and health outcomes such as HIV and sexually transmitted diseases (STDs) as they pertain to minority gay men and other men who have sex with men (MSM). “Stigma refers to the social devaluation of people who are different,” the blueprint reads. “We must acknowledge that stigma is a central challenge that remains inadequately addressed in attempts to promote sexual health and reduces HIV/STDs among black and Latino gay men/MSM.”

The blueprint authors go on to state that prevention measures such as pre-exposure prophylaxis (PrEP) and government efforts such as the National HIV/AIDS Strategy will fail to address the epidemic unless they also address stigma.

In a three-year effort to do just that, NASTAD and NCSD conducted surveys and eventually created the “Addressing Stigma” blueprint, which is geared mostly to health departments and their community partners. 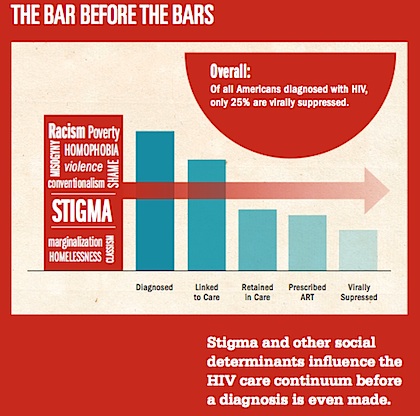 The blueprint shows how stigma affects people before they’re even diagnosed with HIV.


A sampling of the recommendations from the blueprint: