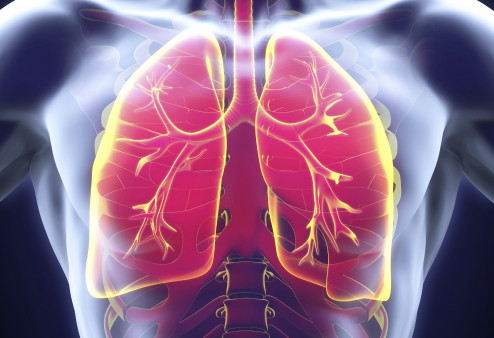 Lumakras led to tumor shrinkage in 36% of NSCLC patients with KRAS G12C mutations.

On May 28, the Food and Drug Administration (FDA) granted accelerated approval of the KRAS inhibitor Lumakras (sotorasib), an eagerly awaited targeted therapy that works against non-small cell lung cancer (NSCLC) with a common genetic mutation.

“KRAS mutations have long been considered resistant to drug therapy, representing a true unmet need for patients with certain types of cancer,” Richard Pazdur, MD, director of the FDA’s Oncology Center of Excellence, said in a press release. “Today’s approval represents a significant step towards a future where more patients will have a personalized treatment approach.”

Targeted therapies work against cancer with specific genetic mutations or other distinct characteristics. NSCLC tumors can have several targets that make them susceptible to such drugs, but some, such as ALK, RET and ROS1, are rare. In contrast, KRAS, a protein involved in a signaling pathway that regulates cell growth, is one of the most commonly altered genes in people with cancer. Long considered “undruggable,” KRAS—along with the related HRAS and NRAS genes—is responsible for around a third of all cancers.

Lumakras (formerly known as AMG 510), from Amgen, specifically targets a mutation known as KRAS G12C, found in around 13% of NSCLC tumors. It is the first approved KRAS inhibitor. The drug is indicated for adults with KRAS G12C-mutated locally advanced or metastatic NSCLC who previously received at least one prior systemic therapy. The FDA also approved two companion diagnostic tests (QIAGEN therascreen KRAS RGQ PCR kit and Guardant360 CDx) that detect whether the mutation is present.

The approval was based on results from the Phase I/II CodeBreaK 100 trial (NCT03600883), which evaluated Lumakras in people with lung cancer, colorectal cancer and several other solid tumors. The study first tested different doses then additional patients received the highest dose (960 milligrams once daily), which appeared to work best.

The trial included 124 patients with locally advanced or metastatic NSCLC whose disease had progressed despite prior treatment with immunotherapy or platinum-based chemotherapy. These participants received oral Lumakras once daily until they experienced disease progression or unacceptable side effects. There was no placebo or comparative treatment group.

As reported at the World Lung Cancer Conference in Singapore in January, the overall response rate, meaning complete or partial tumor shrinkage, was 36%. Even more patients had stable disease without further progression, yielding a disease control rate of 81%. The median duration of response was 10 months, and a majority of responders did so for six months or longer.

"Sotorasib represents a major advancement in oncology and changes the treatment paradigm for patients with KRAS G12C-mutated non-small cell lung cancer," principle investigator Bob T. Li, MD, PhD, MPH, of Memorial Sloan Kettering Cancer Center in New York City, said in an Amgen press release. “Patients with non-small cell lung cancer who have progressed beyond first-line treatment face a poor prognosis and have limited treatment options available to them. Sotorasib delivers a new option for these patients, and it is the first KRAS-targeted therapy to be approved after nearly four decades of research.”

Therapies that receive FDA accelerated approval based on overall response rate are expected to undergo further testing in larger trials to confirm clinical benefits, and the agency can rescind approval if they don’t measure up. A Phase III study of Lumakras versus chemotherapy (NCT04303780) is underway, and it is also being studied in combination regimens. In addition, the FDA asked for follow-up testing to determine if a lower dose of Lumakras would be equally effective.

The approval of another targeted therapy for NSCLC highlights the importance of genomic testing to determine which patients could benefit.

“Biomarker testing for patients with non-small cell lung cancer is critical because it informs a patient’s treatment path with a personalized and tailored approach,” Andrea Ferris, president and CEO of LUNGevity, said in the Amgen press release. "Today’s FDA approval of a therapy targeted for KRAS G12C, one of the most prevalent biomarkers in non-small cell lung cancer, brings hope to the many patients who carry this mutation and is a significant moment for the lung cancer community who need more innovative treatment options."

Smoking a Worsening Problem Among Latinos 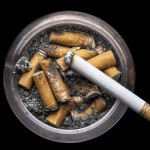