The gap in life expectancy between black and white American is not only shrinking, it’s now the lowest ever recorded in the United States, but HIV still plays a role in the disparities, according to a report in The Journal of the American Medical Association that looked at black-white differences in mortality. Between 2003 and 2008, life expectancy at birth increased from 75.3 to 76.2 years among non-Hispanic white men and from 68.8 to 70.8 years among non-Hispanic black men. For women, the changes were from 80.3 to 81.2 years for non-Hispanic whites and 75.7 to 77.5 years for non-Hispanic blacks. These changes reduced the racial gap from 6.5 to 5.4 years among men and from 4.6 to 3.7 years among women. For men, heart disease and homicide were the leading contributors to the gap in 2008. For women, the leading causes were heart disease and diabetes. However, the leading contributor to the 1.1-year decrease in the gap for men since 2003 was unintentional injuries, followed by HIV and heart disease. Among women, heart disease was the dominant contributor to the decline followed by unintentional injuries, HIV, diabetes and stroke. 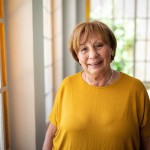 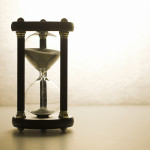