Both race and insurance status influence whether patients live after trauma, leaving African-Americans and Latinos more likely to die in United States emergency rooms than whites according to a recent study from John Hopkins School of Medicine in Baltimore.

Insurance status was more strongly associated with death in the ER after trauma. The study also found the following:

Not sure when it’s necessary to head to emergency room? Read RH’s “Hospital Drama.” 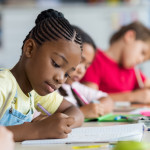