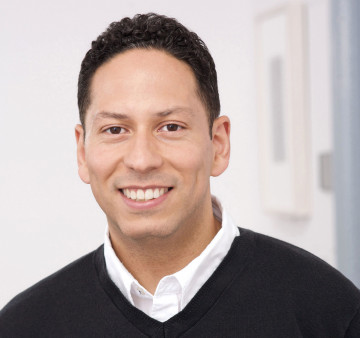 A program to reduce HIV risk among Black and Latino youth

“Over the past number of years, we have seen alarming increases in new HIV diagnoses in Latinx communities throughout the United States, but some vulnerable populations are being hit the worst, including young sexual and gender minority Latinx,” says Vincent Guilamo-Ramos, PhD, a New York University professor and nurse practitioner who focuses on the reproductive and sexual health of youth. He points out that while overall HIV rates in the United States dropped 7% between 2014 and 2018, they increased 1% among Latinos—and 5% among gay and bi Latino men younger than 35.

Thanks to a $1 million grant from the federal government, Guilamo-Ramos is launching a program titled Educate, Test, and Navigate (ETN) in the South Bronx that aims to reduce HIV risk and substance misuse among Black and Latino adolescents and young adults.

The overarching idea, he explains, is to take the education and testing services usually found in clinical settings, transplant them into underserved communities and then navigate, or guide, people into more intensive services when needed. For example, the educate part of the program will work within the community to recruit peer advocates and promote role-model stories about people who have changed their HIV-risk behaviors, including drug use.

The grant is awarded by the Substance Abuse and Mental Health Services Administration, a division of the Department of Health and Human Services, and is part of the federal plan to end HIV in America (see “An HIV Plan for America”).

The Bronx is an ideal place to launch the ETN program. It’s one of the 48 counties in the nation with the highest numbers of new HIV cases, and HIV rates are especially high in the South Bronx, where 40% of all residents are younger than 25.

What’s more, Latino youth are at heightened risk for HIV, Guilamo-Ramos says, ticking off many of the reasons: The HIV crisis among that community is not discussed; HIV prevention efforts aren’t reaching Latinos; those living with HIV have lower rates of engagement in care and are less likely to maintain undetectable viral loads; and Latinos experience multiple types of stigma, including homophobia and racism.