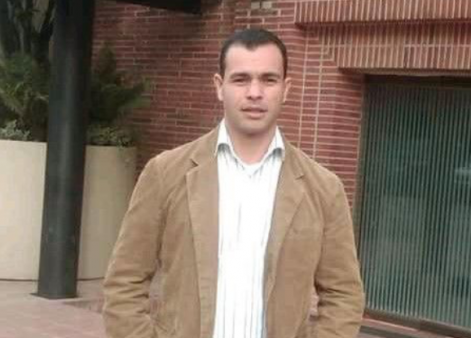 The gay Venezuelan claims he was denied medical care, including his HIV regimen, in the ICE-run processing center.

A Venezuelan asylum seeker living with HIV and detained in Texas is on a hunger strike to protest what he says is inhumane treatment at the El Paso Processing Center, which is run by U.S. Immigration and Customs Enforcement (ICE), reports the El Paso Times.

Jesus Enrique Rodriguez Mendoza has been held for seven months and claims through his lawyers that he was denied HIV meds for over two months, has been placed in solitary confinement and has been refused proper care for medical conditions including gum infections and intense stomach pain from antibiotics he was prescribed.

His attorney, Linda Rivas of Las Americas Immigrant Advocacy Center, said he left Venezuela over fears for his life because he is a member of the political resistance.

A press release from Rivas and other immigrant groups asserts that Rodriguez Mendoza speaks fluent English and has previously resided legally in the United States and the United Kingdom. He also has friends in the Unite States. willing to sponsor him.

Rivas said that ICE explained that it could not release a hunger striker whose health was declining.

“People do die under ICE detention in similar circumstances,” she told the newspaper, “and it’s important, and we are asking for ICE to release him.”

Rodriguez Mendoza has submitted a third request for parole and is awaiting a response from ICE.

A social media campaign launched to bring attention to his situation, using the hashtags #FreeJesusEnrique and #Justice4JesusEnrique as well as #JesusEnriqueLibre. In addition, a petition seeking his release is posted on Change.org here.