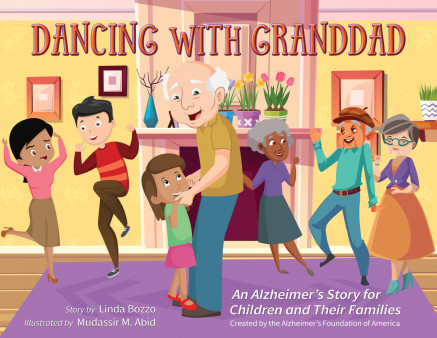 Parents can teach kids about Alzheimer’s disease in both English and Spanish via this children’s book.

Explaining a loved one’s Alzheimer’s condition to a child can be difficult. To that end, the Alzheimer’s Foundation of America (AFA) has published a new age-appropriate book to help parents discuss the disease with young kids.

Dancing with Granddad: An Alzheimer’s Story for Children and Their Families tells the tale of 7-year-old Nia, whose grandfather is living with Alzheimer’s and has to move to a new home for his well-being.

Kids will learn about the changes to her grandpa’s behavior, such as retelling stories, wandering and becoming confused while watching as his family—especially young Nia—continues to love and support him.

The book will be available in both English and Spanish. 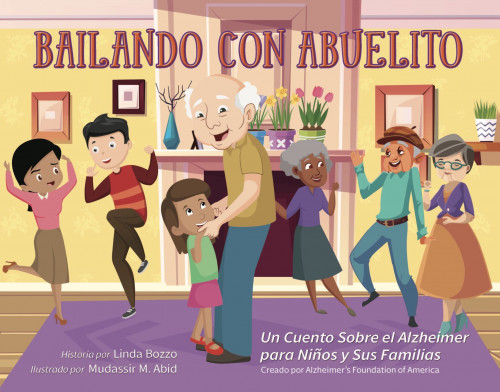 “Because Alzheimer’s is affecting a growing number of families, and the Centers for Disease Control and Prevention projects Latinos to face the largest increase in Alzheimer’s disease and related dementias of any ethnic/racial group in the United States, it’s important to have this valuable educational tool available in both English and Spanish,” said Luisa Echevarria, a member of AFA’s Board of Directors.

According to the Centers for Disease Control and Prevention (CDC), about 5.8 million people are living with Alzheimer’s in America. The CDC predicts that by 2060, the number of people with Alzheimer’s in the United States will rise to an estimated 14 million, and people of color will be the most affected. Alzheimer’s cases among Latinos will increase seven times over current estimates, while cases among African Americans will increase four times over.

Dancing with Granddad also includes a message from AFA about how to initiate a conversation about Alzheimer’s with children, including sample questions to ask them and tips to help them better understand the disease and situation. Parents can also contact AFA’s Helpline—call (866) 232-8484, join a web chat or text (646) 586-5283—for more information.

Jennifer Reeder, LCSW, AFA’s director of educational and social services, said young children can sometimes sense that something is wrong when a family member has Alzheimer’s. However, they “may not be able to understand the subtle changes that are occurring early on in the disease progression,” she explained.

“Reading this book together with your child and having a conversation can help make them more understanding and compassionate, less fearful and, ultimately, learn new ways to communicate with their loved one,” Reeder said.