The folks behind HIV is Not a Crime join other activists to launch the event on February 28—to honor Elizabeth Taylor’s birthday. 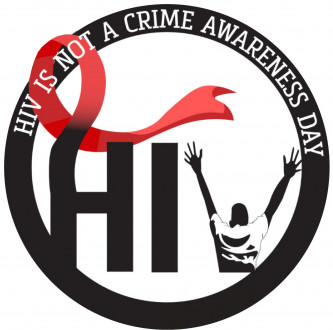 To kick off the inaugural event, several advocates presented a webinar on the goals and needs for the awareness day. You can watch the discussion on the Sero Project’s Facebook page and in the post below.

HIV criminalization refers to the use of unfair laws to target people who have HIV—notably, African-American, Latino and LGBTQ people—and punish them because of their HIV status, not because of their actions. Under outdated laws, people with HIV can be sentenced to prison in cases where HIV was not transmitted, simply for allegedly not disclosing their status.

It should be noted that repealing HIV laws does not mean that people can’t be held accountable for intentionally transmitting HIV. Other laws may apply to the situation.

Many HIV laws were passed in the early days of the epidemic, when fear and lack of scientific knowledge about the virus reigned. Fast-forward four decades, and today we know, for instance, that people with HIV who take their meds and maintain an undetectable viral load do not transmit the virus sexually, a fact referred to as Undetectable Equals Untransmittable, or U=U.

Many folks with HIV aren’t aware that these unjust laws can be used against them, Reid, an activist in Georgia, explained during the webinar. “This awareness day is extremely important because we have to get the message out there that this is happening,” he said, adding that advocates in his state are working with legislators to address the outdated laws. “We are making progress in getting our law changed,” he said, “but right now, the law is on the books, and it is endangering people.”

Last month, New Jersey modernized its HIV crime laws. And in 2021, Illinois became the second sate to completely repeal its discriminatory HIV crime laws (California did so in 2017). Lawmakers in Missouri, Nevada and Virginia have also updated similar laws. For more, see “Breaking HIV Laws: A Roundup of Efforts to Decriminalize HIV.”

But HIV Criminalization Awareness Day remains relevant even in states that repeal their laws, Laffrey said, because many people continue to live in fear and face HIV stigma. Criminalization is directly linked to stigma, the advocates pointed out in the webinar, and stigma keeps people from getting tested and accessing lifesaving care and treatment. “We’ll get closer to chiseling away at stigma and discrimination,” Laffrey said, “when we change these laws and they’re gone.”

Other HIV criminalization discussions to take place in advance of the awareness day include:

Several related events take place on Monday, February 7, the annual National Black HIV/AIDS Awareness Day (NBHAAD) because people of color are disproportionately affected by HIV criminalization. To learn about other African-American events related to HIV, visit EveryBlackBody.org, where the folks at United We Rise have compiled a calendar of events.

“You care about HIV criminalization, you just don’t know it yet.”

The first HIV Criminalization Awareness Day (HCAD) will be launched on February 28, 2022, by Sero Project in collaboration with Elizabeth Taylor AIDS Foundation, community activists, and organizations in the U.S. and around the world. This date is significant in that it honors the birthday of Elizabeth Taylor and in recognition of her life, advocates nationwide can gather to carry out her ironclad compassion in shifting HIV stigma narratives from ignorance to informed. HCAD is intended to raise awareness of communities impacted by the policing of a person’s health status; the laws that exacerbate disenfranchisement of people with HIV and other health conditions; and the advocacy underway in the U.S. and around the world to end HIV criminalization.

The goal for this awareness day is to lift the leadership of the movement builders working to reform the criminalization laws in the country. This awareness day will accomplish that by creating opportunities to further engage with national and local organizations, and stakeholders in the medical, policy, public health, law enforcement, social justice, and public sectors. Events and activities centered around this awareness day should prioritize educating on how criminalization impacts communities and PLHIV [people living with HIV] beyond the courtroom, the history of the laws and policies being enforced and the power of meaningful involvement of the people living with HIV at the frontlines of changing or repealing these stigmatizing laws. Events are encouraged to be informed by HIV is Not a Crime Training Academy Guiding Principles.

To learn more about other HIV awareness days, including a calendar you can download and print, visit “2022 HIV/AIDS Awareness Days.”

Editor’s note: We originally reported that HCAD will take place on Elizabeth Taylor’s birthday. In fact, it is a day after her birthday—she was born February 27, 1932, and died March 23, 2011. We regret the error. It should be noted that HCAD arrives at the end of Black History Month and as Women’s History Month begins.