Individuals who receive at least one flu shot are 17% less likely to develop this neurodegenerative disease.

New findings presented at the 2020 Alzheimer’s Association Conference suggest that those who receive the flu vaccine may lower their chances of developing Alzheimer’s disease, a progressive brain disorder that affects nearly 5.8 million Americans, reports UTHealth News.

For the study, researchers at the University of Texas Health Science Center at Houston (UTHealth) sorted through anonymous patient data using an electronic health records database to determine whether any drugs could be repurposed to reduce the risk of Alzheimer’s.

After identifying the flu vaccine as a candidate, scientists reviewed more than 310,000 health records to pinpoint the relationship between the vaccine and the disease.

Results showed that people who got at least one vaccination saw their risk of Alzheimer’s disease decrease by 17% over their lifetime. In addition, more frequent flu vaccination and getting a flu shot at a younger age were associated with an even greater decrease in risk.

“One of our theories of how the flu vaccine may work is that some of the proteins in the flu virus may train the body’s immune response to better protect against Alzheimer’s disease,” said Albert Amran, a fourth-year medical student at McGovern School at UTHealth and the study’s first author.

According to Amran, more studies must be conducted in larger clinical trials to ascertain whether the flu shot could serve as a public health strategy in the fight against Alzheimer’s. He also suggested that researchers should investigate why and how the flu vaccine works in the body to prevent this disease.

For related coverage, read “Can a Flu Shot Lower the Risk of Death in Those With Hypertension?” 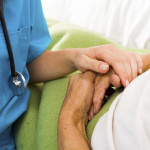 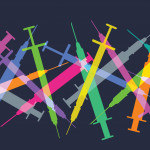