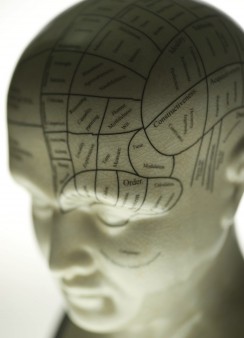 Speaking more than one language may have many lifelong benefits for our minds.

Growing up bilingual in America is often a fact of life for those in the Latino community. Many Latinos have proudly toed the line between assimilation and cultural preservation with their language skills. Turns out that communicating in more than one language on a daily basis has its rewards. In today’s rapidly globalizing economy, it’s a valuable skill. And now several recent studies have discovered that it can hold long-term benefits for the brain’s physical well-being.

Scientists have long suspected that enhanced mental abilities could be tied to structural differences in the mind. For example, a musician’s brain structure changes with long hours of practicing; a mathematician’s with an influx of left-brain problem solving. Now, adding to this, many are suggesting that bilingualism could do the same, forcing the brain to physically adapt to its constantly changing mental environment. How exactly do these changes work, and what are their benefits?

Previously, bilingual children were thought to be at a disadvantage for early learning development compared with their monolingual counterparts. Studies showed that these kids tended to have smaller vocabularies and were generally slower at performing verbal tasks in school. Scientists also speculated that forcing children to navigate multiple identities based on the different cultural contexts of their languages could be detrimental to their short-term mental development.

These observations might still be true, but after looking long-term at bilingual brain patterns, some researchers are starting to say the pros of navigating between two languages may now outweigh the cons.

Contributing to this new opinion are recent studies from Northwestern University. In their research, published in the Proceedings of the National Academy of Sciences, scientists mapped brain processes for understanding bilingual speech patterns for the first time. Researchers compared results of 25 subjects who spoke only English with those of 23 subjects who grew up speaking both English and Spanish.

At the end of the study, the bilingual participants were statistically better at understanding verbal cues and picking out spoken syllables, even when buried in a babble of voices. Researchers also found that speaking more than one language enhanced a subject’s attention and working memory, allowing the bilingual person to be more of a “mental juggler,” says Nina Kraus, MD, a professor of neurobiology and physiology at Northwestern and a member of the original study team.

“Because you have two languages going on in your head, you become very good at determining what is and is not relevant,” said Kraus, in an interview with the Wall Street Journal.

In addition, a 2004 study at the University of California at Santa Cruz found that bilingual subjects were better than their monolingual counterparts at blocking out distracting information during a series of computerized tests.

The American Psychiatric Association suggests these traits could make it easier for bilingual children to pay attention in classrooms, thus giving them enhanced abilities to process sounds. According to their findings, those who spoke more than one language were also more proficient at spatial, rather than verbal, reasoning tests.

Recent analysis by the DANA Foundation could explain why. Their studies suggest that since a bilingual child’s language systems are always active and competing, they are forced to use certain control mechanisms in the brain every time they speak or listen to words. This constant practice strengthens these physical mechanisms, literally re-wiring certain brain regions to make switching back and forth easier.

In addition to exercising the brain, scientists have found that being bilingual can also increase grey matter in the brain’s left interior parietal cortex. The DANA research suggests the bilingual signals are actually changing the brain’s physical structure.

Many scientists are suggesting that these physical and cognitive changes could allow the brain to work better when stressed or damaged. Ellen Bialystok, a bilingualism researcher at York University in Toronto told the Wall Street Journal that it was like “the reserve tank in a car: Once the brain runs out of fuel, it can go a little farther.”

In fact, children and adults who speak more than one language statistically report lower levels of anxiety, loneliness and poor self-esteem, as well as a reduction in negative external behaviors like fighting or acting out impulsively.

Northwestern researchers suggested that navigating between two cultural languages could also help subjects accept multiple and conflicting viewpoints more easily than those who were monolingual.

What’s more, speaking more than one language could also lead to a more resilient brain overall, which carries on into old age. Bilingual seniors are reportedly much faster at switching from one mental task to another than monolingual seniors, say new studies published in January by the Journal of Neuroscience.

In addition, a 2007 study published in the journal Neuropsychologia found that bilingual patients seemingly delayed the onset of memory-robbing diseases like dementia and Alzheimer’s an average of four years. Though the diseases were not necessarily better avoided in bilingual subjects, certain brain changes allowed them to better cope with early symptoms of cognitive deterioration.

The study, which looked at 228 memory-clinic patients diagnosed with the diseases, found that bilingual patients had an average age of 78.6 for their first brain-related doctor’s appointment, compared with an age of 75.4 for subjects who spoke only one language.

Their memories were also reportedly no worse than those of single-language speakers who were younger. In fact, even though bilingual brains seemed to be in similar or worse physical shape on image maps, bilingual subjects reported symptoms that were markedly less severe.

And it appears, in terms of language skills, the more the better. Research from the Center for Health Studies in Luxembourg last year found that those who spoke three languages were three times less likely to have cognitive problems later in life than people who were bilingual, and the benefits increased exponentially for each additional language.

The direct cognitive benefits of speaking more than one language include: 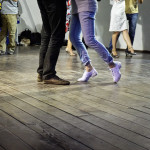