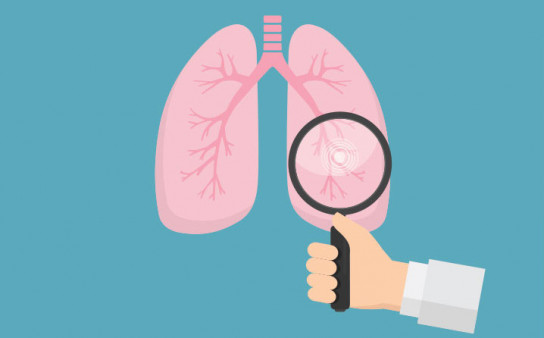 “Expansion of screening criteria is a critical first step to achieving equity in lung cancer screening for all high-risk populations, but myriad challenges remain before individuals enter the door for screening,” wrote study authors Julie Barta, MD, of Thomas Jefferson University in Philadelphia, and colleagues. “Health policy changes must occur simultaneously with efforts to expand community outreach, overcome logistical barriers and facilitate screening adherence. Only after comprehensive strategies to dismantle screening barriers are identified, validated and implemented can there be a truly equitable landscape for lung cancer screening.”

In the past, many Black people were not eligible for lung cancer screening even though they are known to develop lung cancer at younger ages and with a less heavy smoking history. In 2013, the U.S. Preventive Services Task Force (USPSTF) recommended that people between the ages of 55 and 80 who smoked at least a pack a day for 30 years should receive yearly low-dose CT scans. Newer guidelines, finalized in 2021, lowered the minimum age to 50 and the smoking history to a pack a day for 20 years.

A recent study found that Stage I lung cancer, which is easier to treat, was mostly diagnosed in white people and those living in areas with higher incomes or better education. People of other races and ethnicities and those living in lower-income, less-educated neighborhoods were more likely to be diagnosed with Stage IV, or metastatic, lung cancer. Despite this disparity, early diagnosis led to 10,100 fewer deaths from lung cancer between 2014 and 2018. Another study found that people in worse health were more likely to be screened than people in good health. After adjusting for baseline health status, Black people were 53% less likely to have undergone screening.

The new criteria, meant to address this gap, were expected to double the number of people eligible for lung cancer screening and, in particular, to increase eligibility for vulnerable populations including Black and Latino people, women and LGBTQ people.

Barta’s team compared the characteristics of people who were eligible for lung cancer screening under the 2013 and 2021 guidelines. The study included individuals who were screened between March 2021 and December 2021 at an academic medical center in Philadelphia. The group was split into two cohorts based on eligibility under the 2013 and 2021 screening criteria. For comparison, the researchers also looked at data from a historical cohort in 2019.

Of the 815 participants, 654 (80%) were eligible using the old criteria and 161 (20%) were eligible under the new recommendations. More than half (54%) of the 2021 cohort were Black compared with 40% of the 2013 cohort. However, across the two cohorts, no significant changes were seen in screening uptake among women or people with lower education levels.

“While it is encouraging to see a larger cohort of African American patients getting screened thanks to the new guidelines,” Barta said in a press release, “we are well aware that changing guidelines is only a first step to improving screening uptake and reducing cancer disparities. For many, significant barriers persist long before a patient ever enters the exam room, such as lack of transportation, limited clinic hours, as well as attitudes and beliefs surrounding health care and smoking.”

Disparities can persist even after screening and diagnosed. Another recent study, presented at the American Thoracic Society International Conference in May, found that follow-up care lags for nearly half of people found to be at high risk for lung cancer after screening. In that study, 47% of people at high risk experienced a delay in follow-up care, such as additional imaging or other tests. “Interventions are needed at both the provider and patient levels to ensure that high-risk patients receive adequate follow-up,” Alwiya Ahmed, MD, MPH, of the University of Washington School of Medicine, said in a press release.