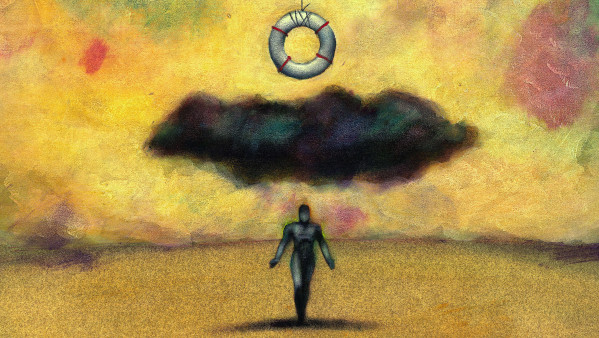 People with untreated depression are more likely to be nonadherent to antiretroviral treatment, but antidepressants remove the disparity.

Depression is associated with lower adherence to antiretroviral treatment for people living with HIV, but taking antidepressants can help, a group of Taiwanese researchers report in PLoS One.

The study found that HIV-positive people who experience depression were only half as likely as their nondepressed peers to adhere to antiretroviral therapy (ART). The difference was driven almost entirely by those with untreated depression; for those taking antidepressants, there was not a significant difference in adherence.

The findings emphasize the importance of mental health diagnosis and treatment for people living with HIV in order to improve overall health outcomes.

HIV-positive people are twice as likely to experience depression compared with HIV-negative people, according to the National Institute of Mental Health. This is due to a combination of circumstances related to living with HIV—stigma, isolation, fear of illness and death and other limiting health issues—and possibly even biological factors, such as alterations in regions of the brain that can come with HIV infection. Due to poor treatment adherence and other negative impacts on quality of life, depression is linked with an increased risk for mortality for people living with HIV.

Because depression often goes underdiagnosed and undertreated in communities with majority Black and Latino populations, according to a recent report by Blue Cross Blue Shield, untreated depression could contribute to further racial disparities in HIV outcomes.

The link between depression and poor medication adherence has been the subject of extensive research; indeed, past studies have looked at conditions like diabetes, hypertension and heart disease. Though not all studies confirm the relationship, a review of the research has found a significant association overall.

Yung-Feng Yen, MD, MPH, of the National Taipei University of Nursing and Health Sciences in Taiwan, and colleagues evaluated antiretroviral treatment adherence and health-related quality of life among 557 HIV-positive Taiwanese men. They were seen at HIV clinics at Taipei City Hospital, which houses the biggest HIV treatment center in Taiwan.

The goal of the study was to evaluate how risk factors like untreated depression might lead to poor medication adherence, which in turn could result in disease progression and an increased risk of transmitting HIV to others.

All study participants were men who have sex with men, the group that makes up the majority of Taiwan’s HIV-positive population; there were too few people in other demographic groups for consideration. The median age was about 38 years. Most had at least a university education, were employed and had a medium or high income. All had been prescribed ART, and 88% reported good treatment adherence. About 60% had a CD4 count of 500 or higher.

Medication adherence was self-reported, rather than evaluated using physical samples. The respondents also answered 28 questions to measure their quality of life, touching on social, physical, psychological and emotional well-being. The study employed a standard index used by the World Health Organization, with two culturally specific questions added. Nonadherence to ART was assessed using five questions about medication habits, rated on a five-point scale.

Within this group, 14% of the men experienced depression. The prevalence was lower for this group of Taiwanese men living with HIV than comparable groups in sub-Saharan Africa and France but higher than similar groups in the United States.

Overall, participants with depression were more than twice as likely as their nondepressed peers not to take their antiretroviral medications consistently. This was especially true for those who were not taking antidepressants, who were four times more likely to report suboptimal ART adherence after demographic and risk factors were considered. But among those taking antidepressants, there was no significant difference in adherence.

This strong association might owe in part to factors that would lead to better adherence to any medications, which could boost both antidepressant and antiretroviral use.

The participants with depression reported less satisfaction, on average, on measures of physical, psychological, social and environmental quality of life. They were also more likely to smoke and use drugs and had lower incomes on average. People with untreated depression reported worse quality of life than those taking antidepressants. They were less satisfied with their social lives, mental health and living environment.

The study provides valuable insight, though the sample size was small: Just 23 men with depression were not taking antidepressants, and only six of them were nonadherent to ART. Another limitation is that the study included people who were already diagnosed with HIV and accessing health care, and they had relatively high socioeconomic status. More vulnerable populations might have extra trouble accessing mental health care, meaning the findings might not mirror antidepressant use and ART adherence in practice.

Nonetheless, the findings show how important it is to identify and treat mental health conditions among people living with HIV.

Click here for more news about HIV and mental health.

POZ Poll: Have you ever taken antidepressants?

Thank you for your participation!

This is poll is currently not showing results, please visit our poll listing for current or past polls.

Yes. I took them in the past but not currently.

Yes. I am taking them now.