Anger Causes Bodily Changes Both Inside and Out

While anger often shows on a person’s face, scientists found that the emotion also affects people on a cellular level, according to a new study published in the journal Hormones and Behavior, reported by HealthDay News.

For the study, researchers from the University of Valencia in Spain first measured the biochemical activity of 30 male participants. Next, scientists angered the men with 50 provoking statements then took new measurements of the men’s biochemical activity.

The findings showed that the men’s anger boosted their heart rate, arterial tension and testosterone production, but it decreased cortisol (a stress hormone) levels.

“The case of anger is unique because it is experienced as a negative, but, often, it evokes a motivation of closeness,” said Neus Herrero, lead author of the study. “When we get angry, we show a natural tendency to get closer to what makes us angry to try to eliminate it.”

But RH wonders what researchers would find if participants were feuding mixed-gender, married couples.

Click here to learn how emotions can literally blind you. 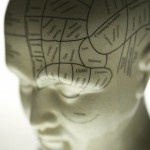